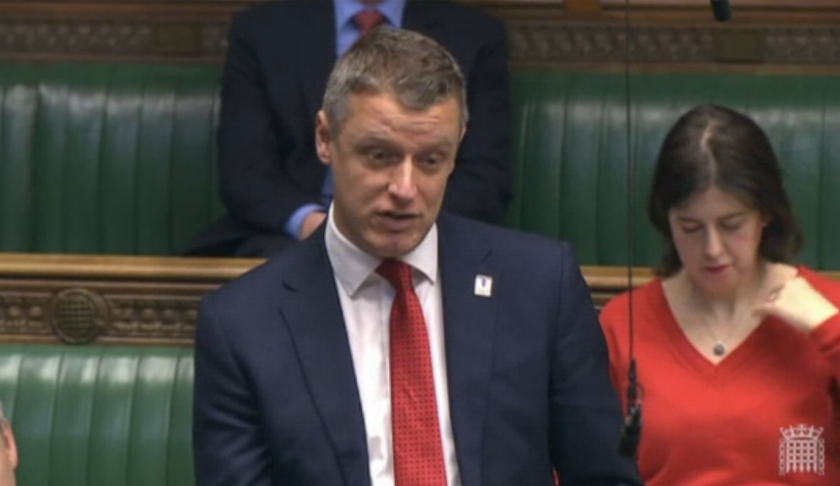 The Defence Secretary today announced that a new Defence review will be take place reporting before the summer. This replaces the defence element of the discredited National Security Capability Review that would most likely have seen cuts to defence as money was diverted to pay for new defences against cyber-attacks. The new Defence Secretary announced that the review would include “further efficiencies”, Government-speak for cuts, but did not say where these would fall.

Luke Pollard was the only Plymouth MP present in the House of Commons for the Defence review statement on defence cuts and asked the Defence Secretary whether those further cuts would include Devonport-based HMS Albion, HMS Bulwark and the Royal Marines.

“The separation of defence from the national security review is good news as it lifts the spending cap on defence. I’ve been arguing we should be spending more on defence and this review offers the first sign that Government has heard that message. Plymouth’s world-class Royal Marines and amphibious ships need to be retained in any defence review and the time is right for us to now regroup and refocus our energies to protect these vital defence capabilities.

“The speculation about defence cuts is hitting morale and the longer this uncertainty goes on the more it will hurt retention and recruitment for our armed forces.”

“We have not yet won the battle to save HMS Albion, HMS Bulwark and the Royal Marines but we are getting there. Plymouth has been strong and direct that we will not accept any further Government defence cuts. We now need to redouble efforts to persuade Ministers that Plymouth’s armed forces should be saved from cuts. We have a good case but we need it forcibly put, on a cross-party basis, with determination if we are to win. I am up for working cross-party with Plymouth’s Conservative MPs and will be raising the need for a proper joined up approach at Friday’s Devonport task force hosted by Plymouth City Council.”

The set of Luke’s question in the House of Commons is below:

“I welcome the review that postpones possible defence cuts. But the longer uncertainty goes on, the harder morale is hit.”

“Can the Secretary of State reassure Plymouth’s serving personnel and their families that Devonport-based HMS Albion, HMS Bulwark and the Royal Marines will not be cut for ‘further efficiencies’ the Defence Secretary just announced?”