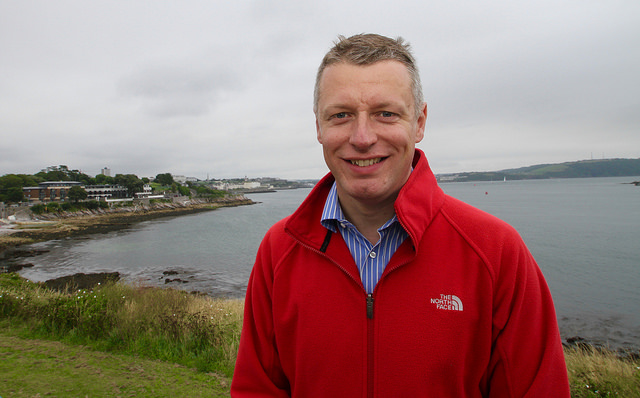 Today the Labour Party announced in a series of new proposals on Animal Welfare, that they will consult on the creation of National Marine Parks. Luke Pollard MP for Plymouth Sutton and Devonport, welcomes the inclusion of what was a key election pledge in June 2017, to designate Plymouth Sound and the surrounding marine protected area into the UK’s first National Marine Park.

Plymouth Sound already boasts Special Areas of Conservation (SAC), Marine Conservation Zones (MCZ), and Sites of Community Interests (SCI) designations. Plymouth is home to the National Marine Aquarium, and has the largest fishing port in England by tonnage landed. Plymouth has a strong and historic naval presence, and a variety of commercial and leisure activities take place in its waters. Plymouth has a number of centres of excellence, with world leading scientists in the Marine Biological Association, Plymouth Marine Laboratory and Plymouth University. The Sir Alister Hardy Foundation for Ocean Science (SAHFOS) and other specialist centres are also based in Plymouth. With this amount of expertise and stakeholder knowledge, The Labour MP believes turning Plymouth sound into a National Marine will showcase Plymouth’s world class marine heritage.

“Plymouth has a world class marine science and engineering base. Promoting that to our city, country and the world is a key challenge in the next couple of years.”

“I’ve been making the case within the Labour party’s Environment team, which I’m proud to be part of, that Labour should be backing the creation of National Marine Parks. This is the idea that I have been championing for Plymouth Sound.”

“Today’s announcement that the next Labour Government will consult on the creation of National Marine Parks is a big step forward not only for our campaign in Plymouth but to protect our country’s coastline.”

“Many people in Plymouth will have seen Blue Planet II, and know how important our oceans are. By including this alongside side strengthening the fox hunting ban, banning live animal exports and ending the badger cull it shows Plymouth’s voice is really being heard in Westminster.

“I have written to Michael Gove asking the Conservatives to follow Labour’s lead on introducing blue belts and the creation of National Marine Parks. “

Luke Pollard MP is hosting a roundtable of discussions for the Plymouth National Marine Park next month with a collection of stakeholders across Plymouth. The MP plans to present his proposals for turning Plymouth Sound into the UK’s first National Marine next year.

This announcement comes alongside Labour’s animal welfare plans that were released today, that would look at introducing a ban on the live export of animals for slaughter, consult landlords on giving tenants the right to keep a pet, strengthen the Hunting Act, enshrine the principal of animal sentience in law, end the badger cull, implement a review of animal testing and expand affordable vet care for people on low incomes. Thousands of people in Plymouth have written to Luke asking to strengthen our animal welfare laws and today’s announcement shows Labour is listening to voters about animal welfare

Labour’s new environment plans can be found at https://labour.org.uk/issues/animal-welfare-plan/