Luke Pollard MP gives his support for those suffering from Fibromyalgia 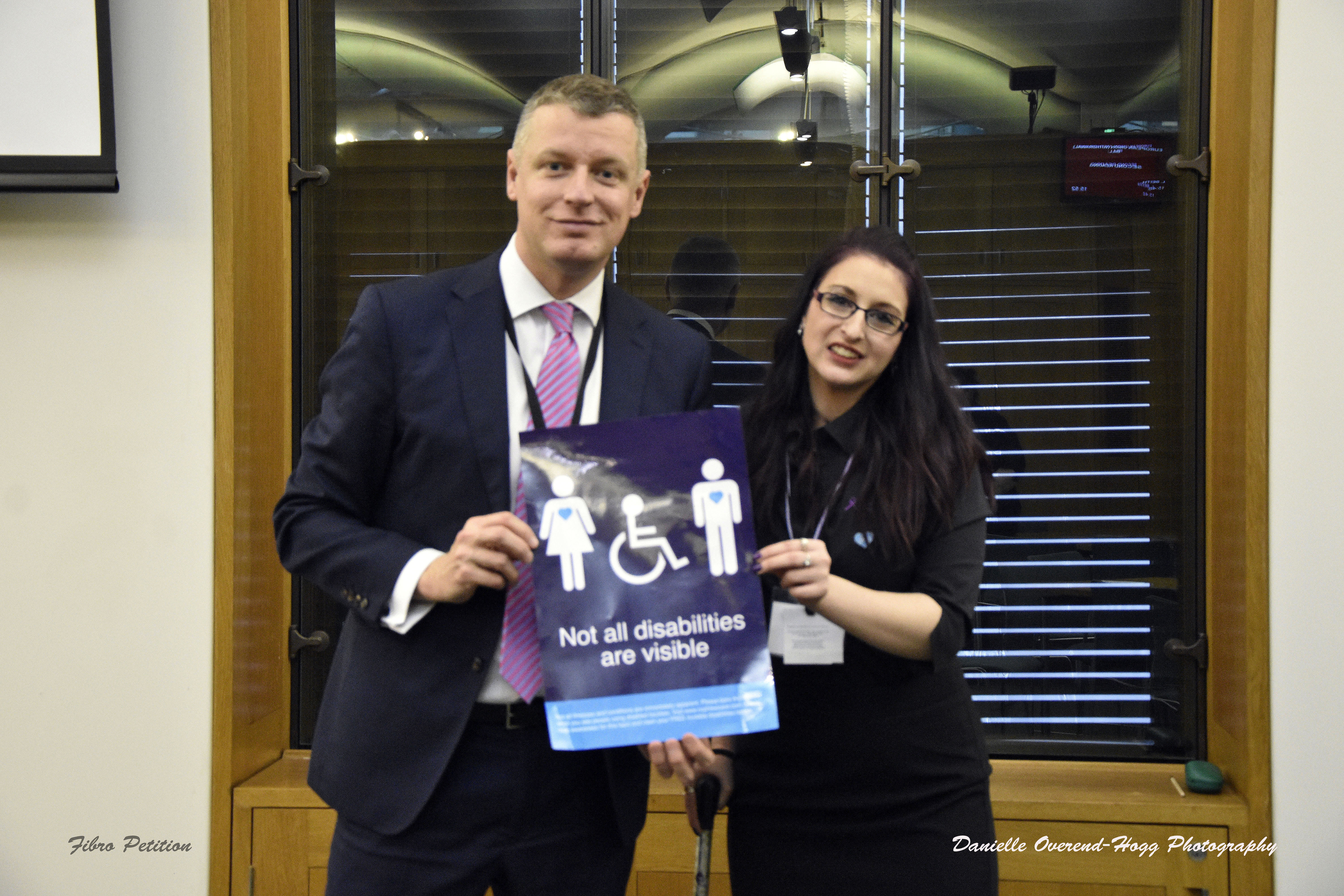 On the 31st of January, Luke Pollard, MP for Plymouth Sutton & Devonport attended a reception in Parliament to support Fibromyalgia Awareness UK and the Fibromyalgia petition team.

Fibromyalgia is a long-term condition that causes pain all over the body, fatigue, muscle stiffness, difficulty sleeping, problems with the mental process, headaches and IBS. It has recently come more into the public eye after Lady Gaga revealed that she suffers from the condition and had to cancel her remaining European tour dates.

People with Fibromyalgia are not recognised as having a disability which is one of the reasons why this petition has been set up. It is also designed to raise general awareness for other invisible illnesses, and to gain more protection under the Equality Act.

“Fibromyalgia is a condition which 1 in 25 people are believed to suffer from. It can be an incredibly painful condition and living with it can, at times, be very hard. It is wrong that Fibromyalgia is not yet recognised as a disability. Just because you cannot see the pain it causes, does not mean that the pain is not there.”

“Despite so many people suffering from Fibromyalgia, it is still a relatively unknown illness, therefore we need to push for more funding for both diagnosis and treatment. Diagnosis rates of Fibromyalgia and other invisible illnesses can be very low and late. This goes to show how important it is that the Government looks at this very important issue.”

To find out more about Fibromyalgia and to sign the petition visit: