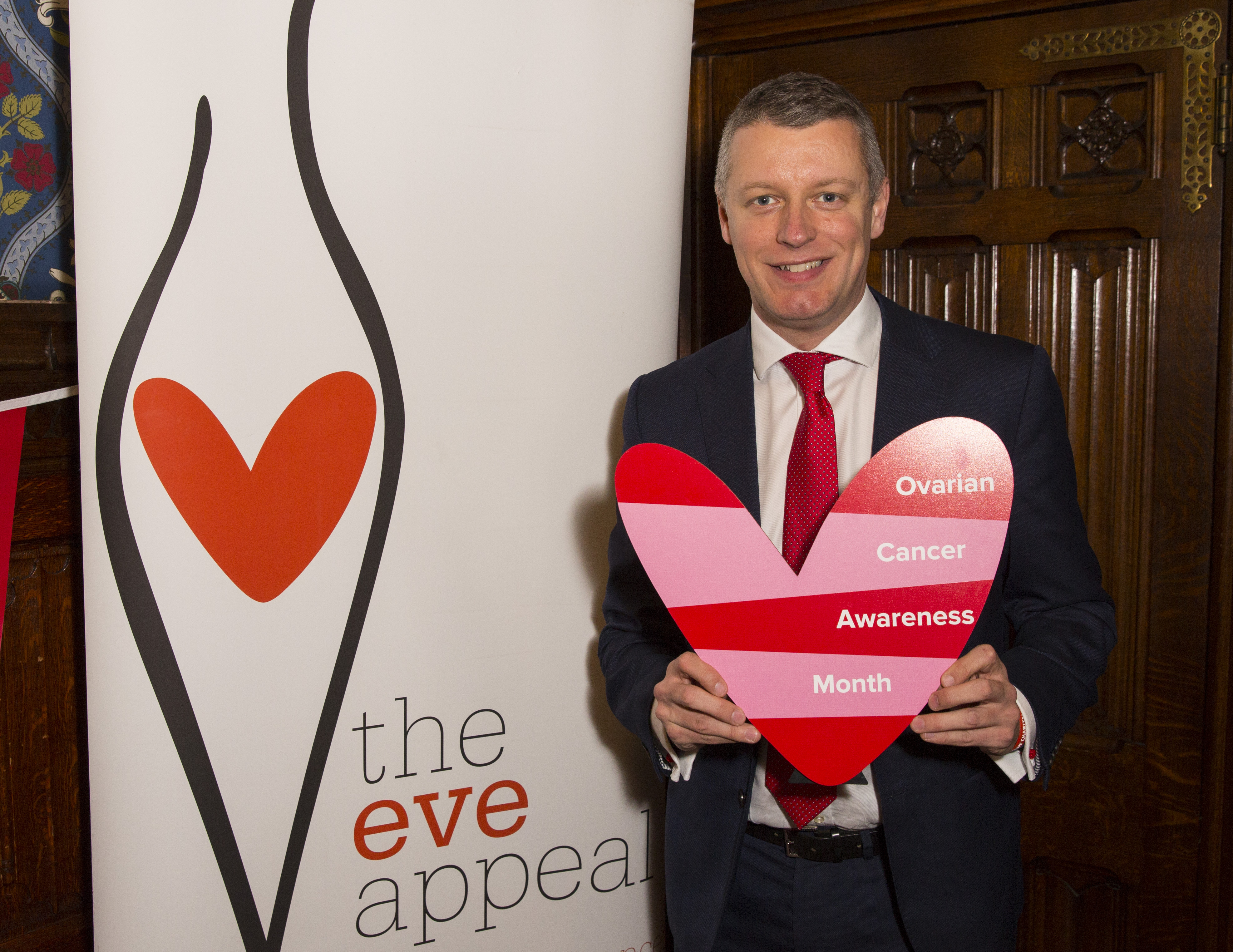 Luke Pollard MP for Plymouth Sutton and Devonport attended a tea party at the House of Commons this week organised by women’s cancer charity The Eve Appeal to mark the start of Ovarian Cancer Awareness Month.

During this time The Eve Appeal is committing to raise vital awareness of the key signs and symptoms associated with ovarian cancer, working towards earlier detection and prevention of this women-specific cancer. This is pivotal as:

As part of the month-long campaign Make Time for Tea, the charity is encouraging people to hold a tea party where they raise awareness and funds for ovarian cancer. This campaign will raise vital funds for pioneering research into early detection and prevention.

“I’m proud to be supporting women’s cancer charity The Eve Appeal throughout March to raise much-needed awareness of the little-known and little-talked about condition of ovarian cancer. It’s vital that we continue to raise awareness of and funds into ovarian cancer research in order to achieve earlier detection and prevention of this cancer before it even begins. I’d implore all my local constituents to be aware of the key signs and symptoms of ovarian cancer and do what they can to support The Eve Appeal this March for Ovarian Cancer Awareness Month.”

“The biggest piece of mis-information out there is that ovarian cancer is a symptomless, ‘silent’ disease. Ovarian cancer isn’t silent. There needs to be much greater awareness of the symptoms.

“Survival rates are low, few treatments available and few newer ones in the pipeline. What we often hear about is that diagnosis comes late -; either because a woman hasn’t recognised the symptoms, or because her GP didn’t. This is something that must change.”

The charity advises local women to always follow the ‘rule of three’. If you’ve had symptoms for three weeks or more, then visit your GP. If you’ve had to see your GP on more than three occasions for these symptoms, and haven’t been referred to a specialist, ask for a referral.

If you would like to hold your very own Make Time for Tea party for Ovarian Cancer Awareness Month, sign up today for your free fundraising pack by visiting www.eveappeal.org.uk/tea or by calling 020 7605 0100. If you have any worries or questions about the signs and symptoms of any of the gynaecological cancers, contact The Eve Appeal’s nurse information service Ask Eve for free, confidential information: nurse@eveappeal.org.uk