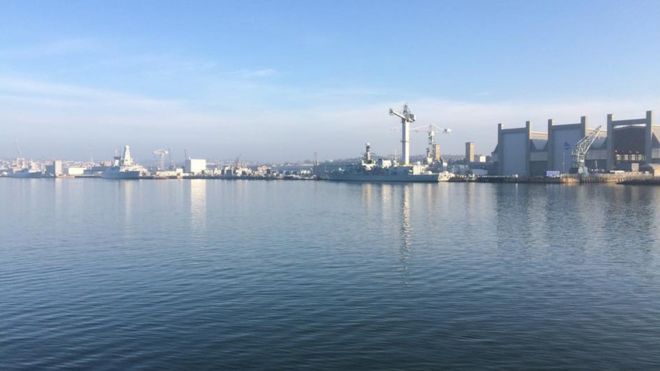 Following news that 500 jobs are to be lost at Devonport Dockyard, Luke Pollard MP for Plymouth Sutton and Devonport is working with trade unions to protect jobs and has called for more clarity from Government Ministers on the future of HMS Albion, HMS Bulwark and the Royal Royal to ease anxiety and poor morale.

“I am very concerned to hear news of 500 job losses at Devonport Dockyard. This is a larger figure than Babcock had suggested last year. I have spoken to the company and to trade unions and I have pledged to work with them to protect jobs and to ensure redundancies, if they happen, are voluntary not compulsory. But first we need more clarity from Babcock about what job roles are at risk and what timescales these jobs will be cut in.”

“These job losses are part of a bigger picture of defence cuts. I suspect cutting 500 jobs is just as much about preparing Devonport for future Government defence cuts to supply chain contracts as it is about restructuring. We need certainty about what Babcock are proposing and we also need certainty from Ministers about the scale of cuts to the Royal Navy and Royal Marines that they are proposing in their upcoming defence review.”

“With the sale of Devonport-based HMS Ocean to Brazil and the ongoing threat to HMS Albion and HMS Bulwark there is already a cloud over Devonport. I want to make sure these latest Government defence cuts to the Royal Navy do not happen. I will also be working with dockyard trade unions and Babcock to protect as many jobs as we can at Devonport from being lost. I will do all I can to protect defence jobs and that goes for those civilians who support the fleet just as much as it does for those in uniform in the Royal Navy.”