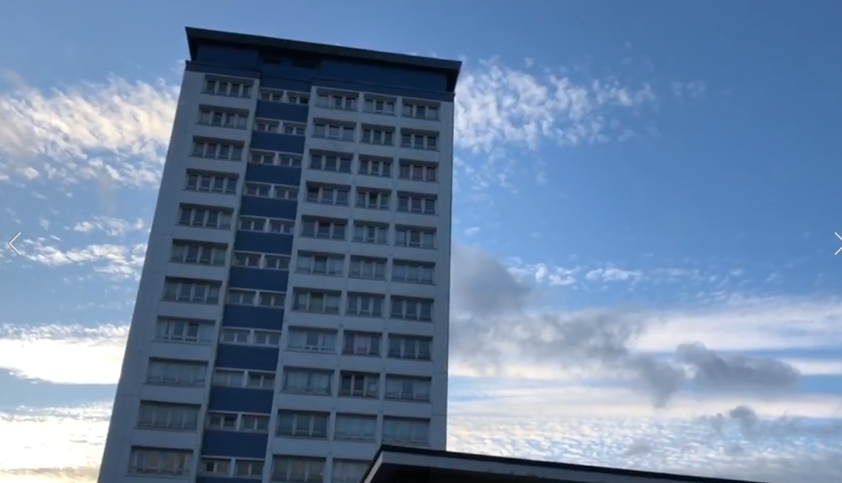 Despite previous assurances from Government, only 7 tower blocks with unsafe cladding have been replaced nationwide. Over the past two years, Sajid Javid has returned over £1.1 billion of unspent funds of the housing budget to the Treasury. Luke Pollard MP is calling for wasted money to be used to reclad the tower blocks, including the Mount Wise tower blocks in Devonport.

Luke Pollard, MP for Plymouth Sutton and Devonport, has called for the money that Sajid Javid MP, Secretary of State for Communities and Local Government, failed to spend on affordable housing to be used to reclad Plymouth’s tower blocks in Mount Wise. This money was returned to the Treasury over the past two financial years amounts to over £1.1 billion as reported by the Huffington post.

New data also shows that only seven of the hundreds of tower blocks found to have combustible cladding after the Grenfell Tower tragedy have had the cladding replaced. This is despite promises from Theresa May following the Grenfell tragedy, that local authorities would be given assistance in paying for these works to prevent a similar Fire taking place.

Plymouth has three tower blocks in Mount Wise, Devonport that failed safety tests in the wake of the Grenfell Fire and were found to have combustible cladding. The non-profit housing association, Plymouth Community Homes is struggling to find the £13 million required to carry out the work, having received no help from Government.  Luke Pollard has repeatedly raised this issue in Parliament and has backed a local petition by Labour Cllr Bill Stevens calling for Government to help Plymouth Community Homes with funding.

“It’s a disgrace that eight months after Grenfell, unsafe, combustible cladding remains on the Mount Wise tower blocks. The Government is continuing to fail the people of Devonport and many others throughout the country by not showing any willingness to fund the essential works required to make people safe in their own homes. They are always able to find money to enable tax cuts for the rich, or to pay the DUP to prop them up, but there is no money for helping some of the poorest communities in the country.”

“We knew there was money to pay for this work. News that Ministers have allowed a huge amount of the housing budget to go back to the Treasury over the past two years is totally unacceptable when we have a housing crisis and there are still thousands of people living in unsafe tower blocks. This money needs to be reallocated now, to ensure that these essential, works can take place to prevent another tragedy. Nobody should be made to feel unsafe in their own home and so the Government needs to act now to put this right.”

Luke Pollard MP has welcomed John Healey, Shadow Housing Secretary’s comments, calling for the Government to act now to replace this dangerous cladding. He hopes that more interventions like this might kick the Government into action, making them fund the work that will keep people in Plymouth and the rest of the country safe.

“Eight months after the Grenfell Tower fire, it is shameful that only seven tower blocks with dangerous cladding have been replaced. It’s simply not good enough for Ministers to sit on their hands while residents continue to live in unsafe homes.”

“Ministers must now act to help fund essential fire safety work in tower blocks that they know are dangerous.”