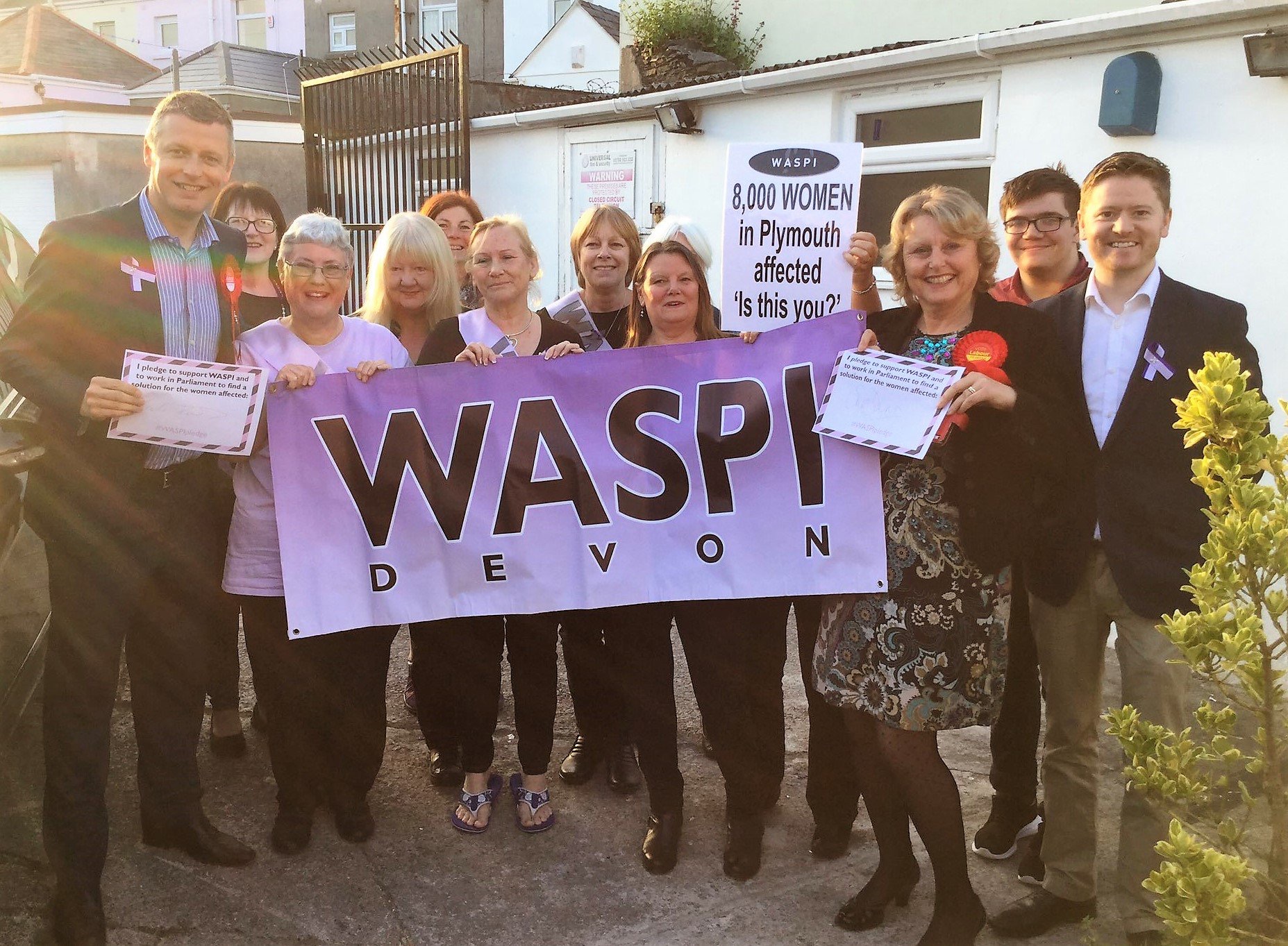 Local Devon and Cornwall WASPI campaigners have been campaigning to get Government to address the issue created for women born in the 1950s, who did not receive enough notice to plan for the change in their state pension age. Campaigners say Government’s failure to recognise problem, as well as communicate the pension changes has worsened the problem.

The new Labour MP for Plymouth backed this campaign in the General Election this Summer. Since his election in June 2017, Luke has continued to support WASPI campaigners in Plymouth and is a member of the WASPI All Party Parliamentary Group.

The public meeting is an opportunity for women born in the 1950s to be updated on the work WASPI campaigners are doing and find out more information about how they can get involved in the campaign.

“The decision to accelerate the rise in women’s state pension age has had a devastating impact on many Plymouth women who were born in the 1950s, some of whom are now facing real hardship as a result.”

“There are 2.5 million women affected by this change 8,000 of whom live in Plymouth. As the only Plymouth MP to support this campaign, I speak not only for the 5,703 WASPI women in Plymouth, Sutton and Devonport, but for all the rest.”

“All these women deserve justice for their pensions, which have been stolen by the Government. There are so many WASPI women born in the 1950s who, instead of being treated with dignity in their retirement, are struggling to make ends meet.”

“They have worked hard all their lives, paid their taxes, raised children, contributed to society, cared for their loved ones and believed that when they retired the state would honour the obligations set out to support them. This has not happened, which is a disgrace and has left some are without enough money to spend on food or to heat their homes.”

“The Government are on the wrong side of history. These WASPI women are not going away and I hope this public meeting will show the campaign is stronger than ever. Please come along, it’s open to all.”

Luke Pollard MP is the only Plymouth MP to back the WASPI campaign for pension justice.