Labour backs study into extending the M5 to Plymouth 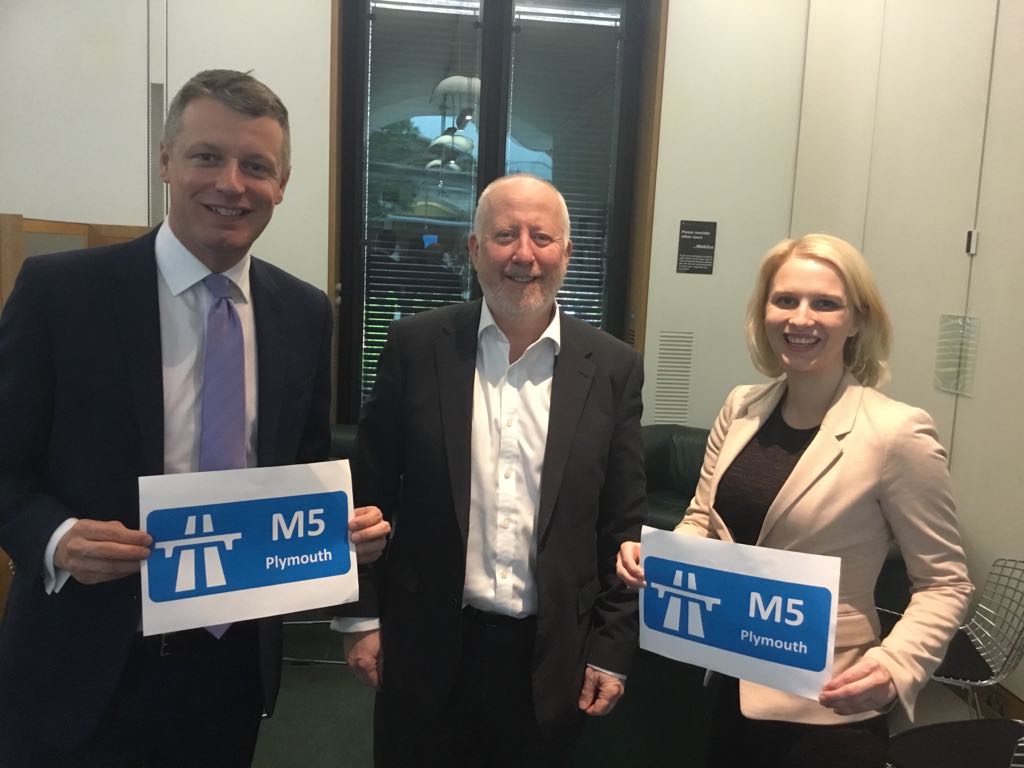 The Labour Party today announces its support for a detailed study into proposals to extend the M5 motorway from Exeter to Plymouth following representations made by business and local political figures.

The next Labour Government would commission a study that would look at the A38 from Exeter to Plymouth, what work is required to upgrade the road to motorway standard, what parts could be reclassified as a motorway without additional work and what the approximate cost of this work could be and how that work could be spread over the long-term, including what planned upgrades are in the pipeline, to mitigate costs. The study would then provide an evidence base for future investment decisions to be made against. The next Labour Government would commission the Highways Agency to lead this work and take input from local businesses, stakeholders, Local Enterprise Partnerships, councils and members of the public.

“I heard the calls for the motorway to be extended for myself on my recent visit to Plymouth. It is vital for the success of the south west economy that the single road and rail route into the region is enhanced. While Labour is cautious about adding extra road schemes without a clear business case I believe there is a clear case to looking at how the A38 could be upgraded to motorway standard. A Labour Government would commission a study into how the A38 could be upgraded and what work would be required to do so.”

Luke Pollard, the Labour and Co-operative Member of Parliament for Plymouth Sutton and Devonport said:

“The far south west has had a poor deal in terms of transport funding for far too long. As well as committing £2.5bn to upgrade our railway, Labour’s road study announcement means we will be able to develop a long-term vision for the upgrade of the A38.

“Extending the M5 to Plymouth is not only backed by Plymouth City Council, it is backed by local businesses and all those who want to see investment brought into Devon and Cornwall. The study into the extension of the M5 will look at the long-term investment needed to reclassify and upgrade the A38. The M5 extension won’t happen overnight but starting with a firm evidence base and a detailed study of what work is required is a very good start.”

“When it comes to road and rail it is clear that Labour is the only party championing the far south west.”

“Businesses in Plymouth need to have certainty in the A38 being open and safe. In recent years we have seen the A38 close far too often because of accidents and poor design. Upgrade work will happen on the A38 and Labour’s request is that all new work is undertaken to a motorway not just an A road standard helping prepare the way for the M5 extension.”