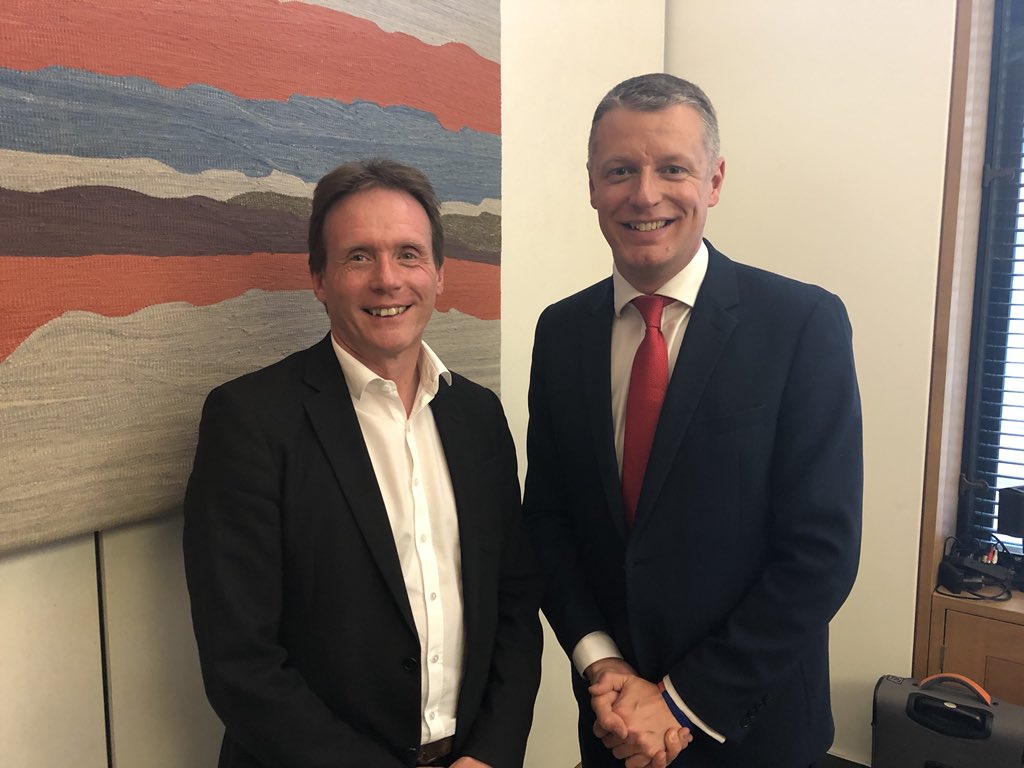 Martin Attrill, Professor of Marine Ecology from University of Plymouth, delivered the keynote on why Marine National Parks could be important and which outlined Plymouth as the perfect location to test the National Marine Park concept due to its profile as Britain’s ‘Ocean City’ and vibrant fishing industry.

Designating Plymouth Sound and Plymouth’s surrounding coastal waters as the UK’s first National Marine Park was an election pledge from Luke Pollard in the General Election last year. Since June, Luke has been holding meetings in Plymouth to perfect proposals for a National Marine Park. This Westminster roundtable brought together MPs from all parties with Plymouth’s experts and London-based NGOs, journalists, marine experts, government agencies and environmental campaigners.

“I was pleased to make the case alongside Luke for the creation of National Marine Parks. The aim of the roundtable was to establish the need for National Marine Parks to increase public engagement with the UK’s marine environment. While fishing is important to the UK economy, by expanding and diversifying the use of our coastal seas we can also massively boost coastal economies like Plymouth.”

“Plymouth is the perfect location to receive a National Marine Park classification, as we benefit from a huge marine science community, a long maritime heritage, and are surrounded by National Parks in Dartmoor and Exmouth. Most importantly, we have wonderful marine life fit for Blue Planet right here in our waters so we just need people love and cherish the marine environment.”

“A National Marine Park designation would be a huge asset to Plymouth and the opportunities that come from designations are exciting. We could see improvements in the local economy through increased employment and tourism, with new opportunities for local businesses, plus potential benefits to health and welfare of getting people more engaged with the sea. I look forward to working with Luke in the next steps of this campaign.”

“During the election I proposed Plymouth Sound and Plymouth’s surrounding coastal waters should be the UK’s first National Marine Park. Plymouth Sound already has a designated Special Area of Conservation and has Marine Conservation Zones. By consulting on this idea locally and nationally, the goal is to find a way of managing our waters to protect marine ecosystems, while sustaining naval, fishing and recreational activities.”

“I am proud of Plymouth and its rich commitment to marine research and marine engineering. Not only do we have world-leading experts in our city at the Marine Biological Association, Plymouth Marine Laboratory and Plymouth University, we also benefit from superb fishing grounds and a strong Naval heritage.

“Yet we simply are not doing enough to protect the beautiful sea-life and marine environment that surrounds us in Plymouth. We have an environmental responsibility to invest in our waters, and a designated National Marine Park in Plymouth would bring much-needed attention to environmental sustainability. We were all shocked by the Blue Planet documentary, which showed how urgently we must act to save our oceans. This is a first step of many towards doing that.”

“I was pleased to see members from different parties join together for this important cause. I am also proud that Labour have committed to a consultation on National Marine Parks should they win at the next election.”

“I hope that this discussion is the first of many as we get closer to seeing a National Marine Park designation in Plymouth and in other coastal cities around the UK.”