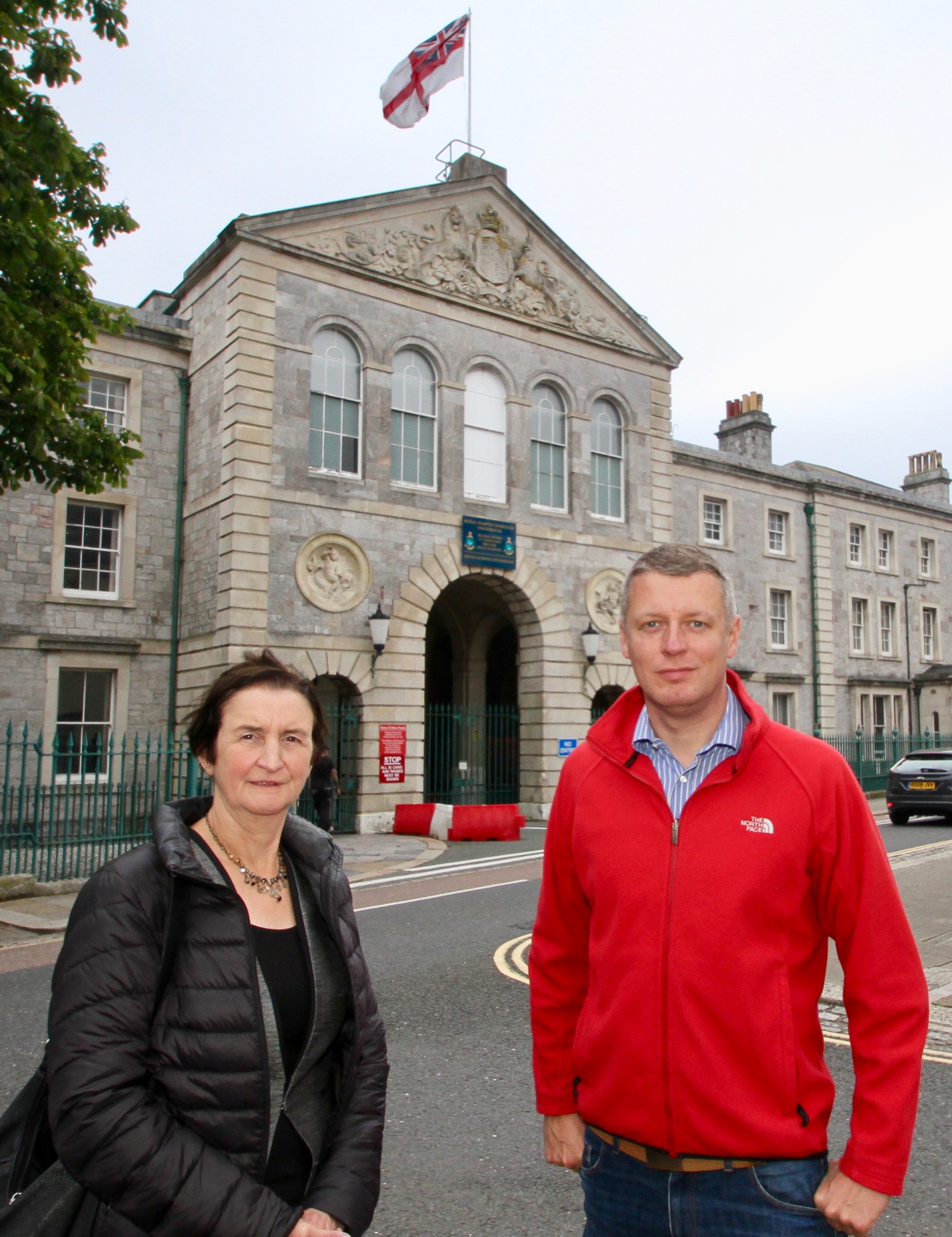 Nia Griffith MP, Labour’s Shadow Defence Secretary, has today announced that the next Labour Government would base the new Type 26 frigates in Devonport saying the case for the base is “compelling, comprehensive and convincing.”

This announcement follows a long-running campaign by Labour MP, Luke Pollard, launched last year to base the new generation of frigates in Devonport.

“Labour believes in a strong defence and that means protecting the jobs and capabilities of the Royal Navy. Today, I’m pleased to announce that after many months of hard lobbying by Devonport’s Labour MP, the Labour Party is officially announcing that we would base all the new Type 26 frigates in Devonport if we win the next election. The case for Devonport to base port the new frigates is compelling, comprehensive and convincing. From visiting Plymouth I know how important the Royal Navy and Royal Marines are to the city and Labour will back Plymouth and Devonport.”

“Labour has consistently raised the future of HMS Albion and HMS Bulwark on the floor of the House of Commons. To date, Ministers have not given any satisfactory answers. I want to see these ships saved from the axe and also our brave Royal Marines protected from further Conservative defence cuts. The Royal Navy’s amphibious capabilities are not only vital for our national security but also delivering humanitarian assistance around the world.”

“As the MP for Devonport I’ve been setting out the clear and compelling case for Devonport since I was elected. With quick access to deep water, a skilled workforce and experience of basing the Type 23 anti-submarine warfare frigates we have a very strong case. Ministers will be deciding shortly where to base the new frigates, the first of which is now under construction in Scotland.

I want to see not only the eight Type 26 frigates based in Devonport but the five new smaller Type 31 frigates. The immediate basing decision is about the Type 26s and I’m pleased I have been able to secure a debate in Parliament on 6 June about the future basing arrangements to press the case for Devonport.”

“We have one month left to win the argument over the new Frigates before the defence review reports, but we also need to keep the campaign up to save HMS Albion, HMS Bulwark and the Royal Marines from being cut in this latest defence review. I want to see all MPs, from every party, relentlessly making the case for Devonport, our ships, the Royal Marines and defence jobs in a joined up campaign. This debate gives us what could be the final Parliamentary chance before the decision is made.”

In January 2018, Luke Pollard MP led a debate on the Government’s National Shipbuilding Strategy in Westminster and made the case to the Defence Minister about why Devonport should be the world class naval base for the Type 26s. Luke has invited Plymouth’s two Conservative MPs to speak in the debate.