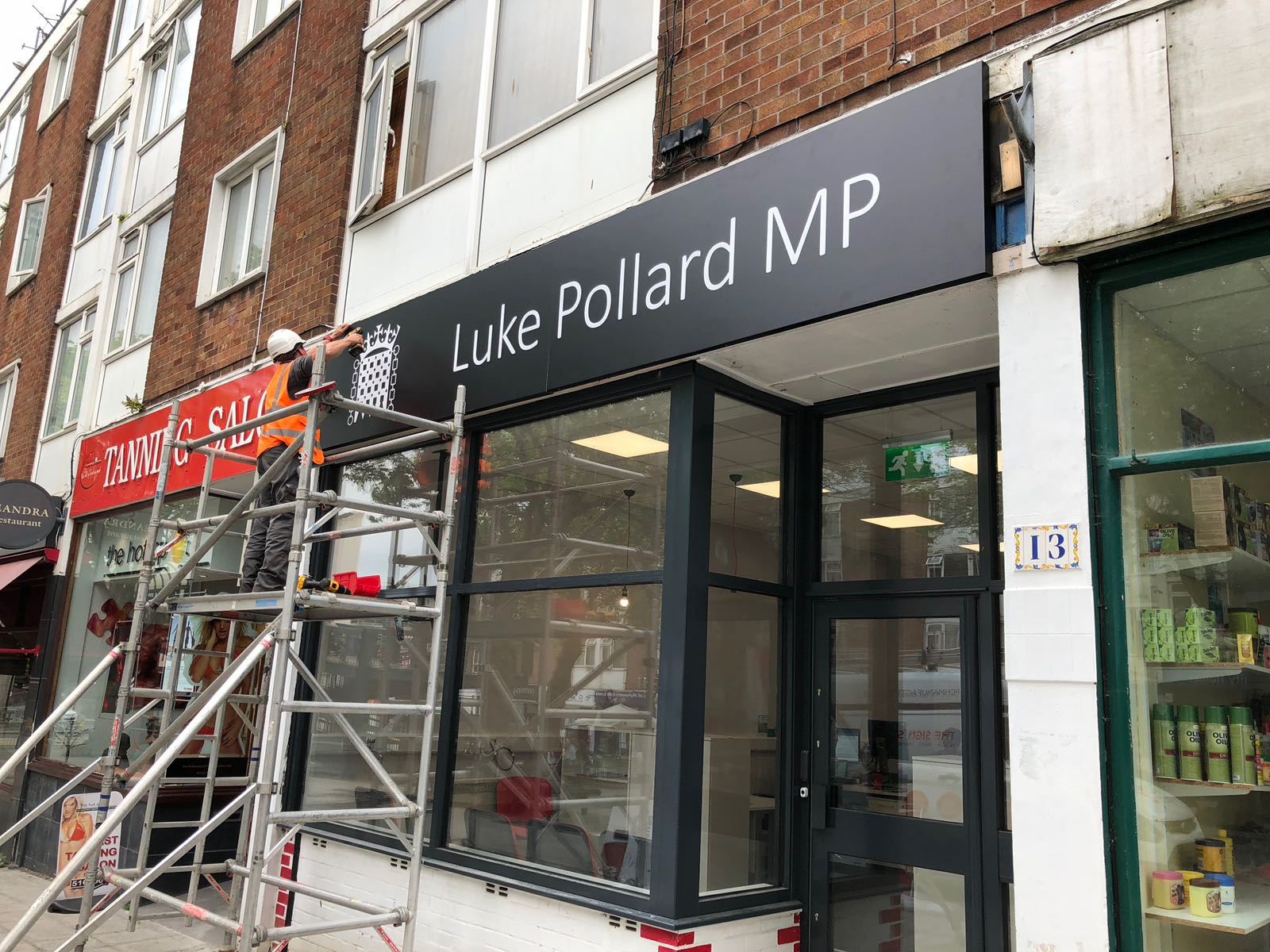 On Friday 8 June, Luke Pollard, the Member of Parliament for Plymouth Sutton and Devonport, will open a new city centre office.

One year from the date of the 2017 General Election, the new office will be opened at 12.30pm in an effort to “do politics differently”. Unlike most MPs who have offices in business parks, their own homes or in inaccessible locations, Luke Pollard has chosen to open an office in the most accessible part of Plymouth -; in the city centre. The office has been designed to improve access for people in Plymouth Sutton and Devonport to their representative in Parliament.

The new office is right in the heart of the city centre at 13 Frankfort Gate, Plymouth, PL1 1QA, close to Plymouth City Market as well as important local services like Plymouth Community Homes’ offices and the Plymouth Credit Union.

The office will be open on weekdays and Saturdays and will provide a drop-in service to improve quality of service and increased, round-the-clock access for those who work or are busy during the working week. Since the election, Luke and his team have been working in temporary office locations.

Ahead of the opening, Luke Pollard MP said:

“When I was elected I said I wanted to do politics differently and I’m proud to be the first Plymouth MP to have an office in our city centre. As well as marking a fresh start, the office will provide a better access and a flexible service that people in our city need today.”

“I want MPs to be more accessible, more open and more transparent about what they’re doing. I hold a weekly Facebook live Q&A, a monthly public meeting, regular surgeries and now with this new city centre office, I’ll be accessible in the heart of our city. When I promised to do politics differently, it wasn’t just words, and with this office I deliver on that promise to be more open and transparent.

“When I was elected I made a public pledge that I wouldn’t hire family members and would recruit all my staff via an open recruitment process. I have a superb, local team and now with this office we will have an equally superb location for members of the public to find out about politics, ask for help or lobby me on issues they feel strongly about.

“8 June marks a year since the General Election. In that time I’ve spoken nearly 100 times in Parliament. I have launched campaigns to base the new frigates in Devonport, stop Tory cuts to our amphibious ships and the Royal Marines as well as demand funding for the recladding of the Mount Wise Tower Blocks. I’ve launched a campaign to designate Plymouth Sound as the UK’s first National Marine Park and I’ve called for better funding for our NHS, schools and transport. Now with a new city-centre office, it’s time to open a new chapter of more open, accountable and accessible politics for Plymouth.”

A welcome party to mark the office opening will be held on 8 June at 12.30-2pm with tea and cake. Former Plymouth Labour MP Linda Gilroy (Labour and Co-operative MP for Plymouth Sutton from 1997-2010) will be cutting the ribbon.

The opening day 8 June will mark a year since the end of the 2017 General Election in which the new Labour MP defeated the incumbent Oliver Colvile, winning by a majority of nearly 8,000 votes.

The shop unit in Frankfort Gate was empty for months. Luke has taken the office on a long lease from landlords, Plymouth Community Homes. All the work to refit the shop has been undertaken by local firms. Luke will be publishing refit costs in due course once the final bills have come in for the refit work.