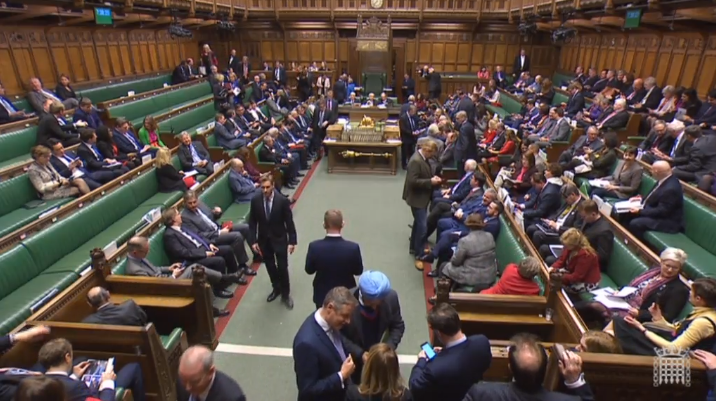 Ahead of key votes on the European Union Withdrawal Bill expected today in Parliament, the Labour MP for Plymouth Sutton and Devonport, Luke Pollard has published ‘10 Plymouth Brexit Principles’ that will help to guide his votes in the House of Commons.

Since the election last June, Luke Pollard MP has consulted with groups across the city – hosting the Plymouth Brexit Summit last August as well the Plymouth Youth and People’s Brexit Summits last November. The 10 principles are a result of the ideas from those summits as well as yearlong discussions he has had with groups and people across Plymouth since the referendum result.

Luke Pollard MP’s key voting principles for Plymouth range from protecting jobs and businesses in the city, to securing a fair deal for Plymouth’s fisheries. His principles will now be shared by Plymouth City Council’s new Brexit scrutiny committee that aims to scrutinise the impact of Brexit on the city. Luke has previously voted against the Government to ensure that Parliament had the opportunity to formally scrutinise the Withdrawal Bill before leaving the EU.

“Today is a crucial day for the future of our country and for Plymouth. Brexit is one of the top issues that people from Plymouth contact me on all sides of the argument and I understand the responsibility I have in representing our city in these important votes.”

“It is vital that our city gets a good Brexit deal. To do that we need the detail, not just the soundbites. For Plymouth it is essential our jobs, education and health services must be protected. Plymouth voted to leave the EU but no one voted to give the Prime Minister and Brexit extremists in her party a blank cheque and no one voted to be poorer.”

“So far in the Brexit process I have voted for amendments that protect workers’ rights, safeguard environmental and animal welfare standards, legislate for strong transitional arrangements, bring the Charter of Fundamental Rights into UK law, and protect the devolution settlements. I will continue to challenge the government and push for more accountability over the Brexit process as well as staying in a customs union.”

“Brexit is the single most important political event in our lifetimes and getting it right is essential if Plymouth is to be helped not harmed by Brexit. I have been carefully monitoring what people in Plymouth have to say about Brexit, and will continue to fight for the best deal for the South West.”

Today MPs will vote on a number of Lords’ amendments including number 19, which hopes to guarantee a meaningful final vote on the Brexit deal by allowing the Commons to decide the course of action if parliament rejects the Brexit deal. There will also be votes on a customs union.

You may remember the EU Withdrawal Bill was in the Commons back in December. At that point, we made a significant gain on the right to have a vote in Parliament on the government’s exit deal for the UK with the EU (the so-called ‘Grieve amendment’, also known as the ‘meaningful vote’).

All other Labour amendments were voted down by the government and their backbench MPs. There were hardly any rebellions by Tory MPs on anything other than the meaningful vote – indicating that this is likely to again be the most contentious area.

In the Lords, our Labour colleagues were able to convince more peers from other parties to vote with them so they successfully got 14 significant amendments to the Bill through.

Key amendments we will be defending

Whilst we expect Tory MPs to try to vote to get rid of these amendments, we will be trying to keep them on the Bill, by voting against the Government’s motions to remove them. These amendments include various technical measures and the following:

Our future relationship with the EU

There are various options for our future relationship with the EU. None of them are perfect, so we will need to find a compromise.

It is also important to point out here that there are currently two bills going through parliament that specifically deal with trade and customs. We will have further opportunities to shape our relationship with the EU, this is not he last chance we have.

The key vote this week is on whether to keep the Lords amendment giving Parliament a meaningful vote on the final exit deal.

Whether you voted to leave or remain, whatever your views on Europe, Parliament having a meaningful vote on the government’s exit deal is a powerful idea we can all unite behind. Leave voters voted to ‘take back control’ and return it from Brussels to Westminster – yet the Tory government wants to tie us in to a Brexit deal without any Parliamentary scrutiny or any right to vote down an inadequate deal. This is the most important vote this week and where we are most likely to win.

What chance of success?

We are likely to lose most of these votes, despite the hung Parliament, as the Democratic Unionist Party will vote with the Tories. Even Tory rebels will not rebel on most amendments.

As Labour Whips, we have been speaking to as many MPs as possible and regularly counting how many MPs are likely to vote for or against, or abstain, on each possible motion this week.

There are two amendments on which we may achieve success: The customs union and ‘meaningful vote’. These amendments are the two we calculate are most likely to secure enough Tory rebels and leave-supporting Labour MPs to pass. Let me state again: a meaningful Parliamentary vote is hugely important and this amendment is winnable.