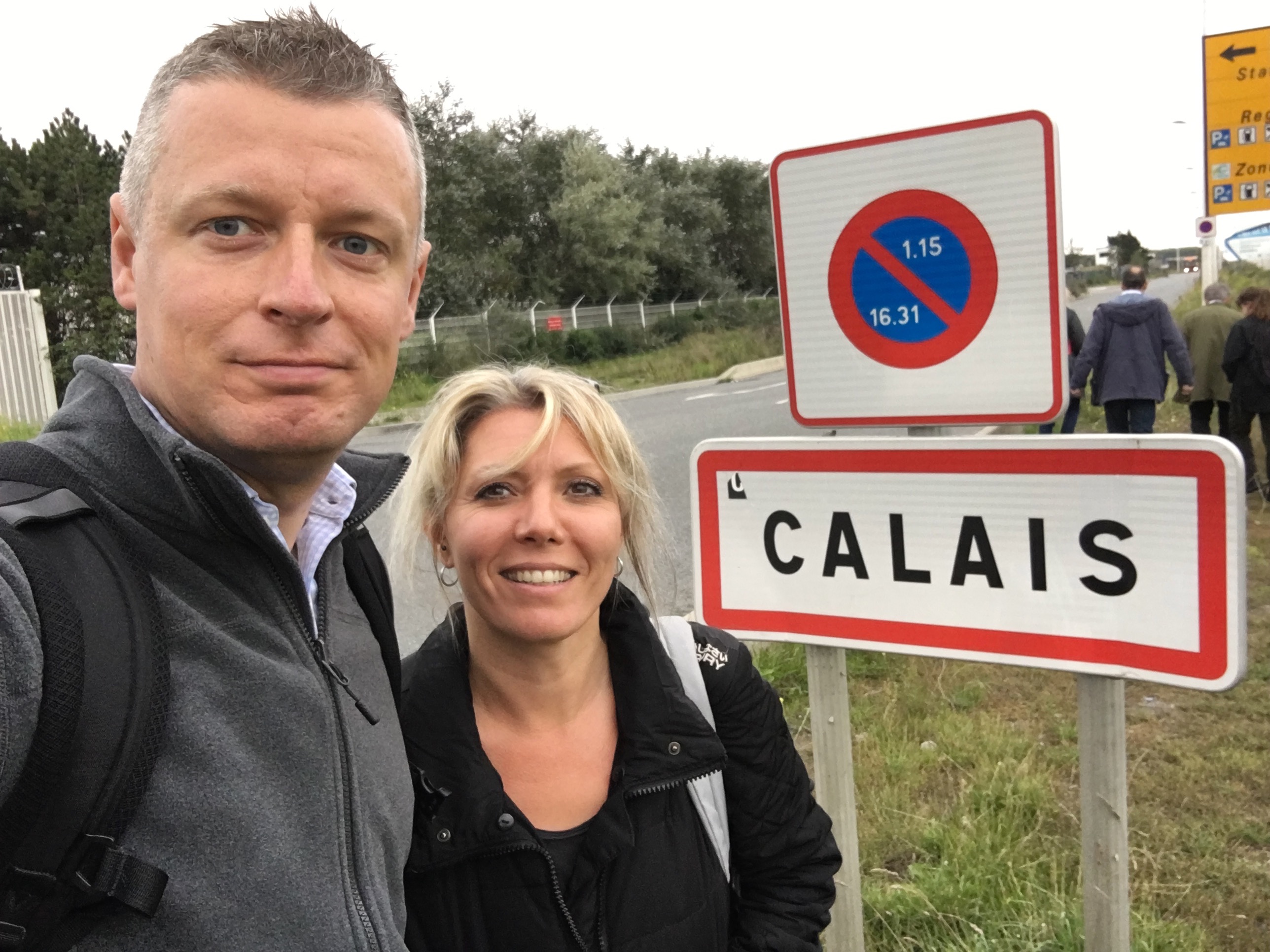 In September, Luke made the journey to Calais to visit child refugees with the non-profit organisation, Safe Passage UK. Luke made this trip to see for himself the horrific situation unaccompanied children are living in just hours away from Plymouth and to better understand how the British and French governments can better help these vulnerable children fleeing war and conflict.

The trip was organised as a cross-party visit, as Luke and the Labour MP Andy Slaughter, travelled alongside Conservative MP, Henry Smith. They discussed how they can get answers from the Government about the failings of the asylum system, which is leaving children to sleep rough every night, for months on end even when they have relatives across the channel in the UK.

On the trip, taking place less than a year after the demolition of the ‘Jungle’ camp, Luke visited areas where refugees are given food and the warehouses where donations are distributed to the refugee community. Luke listened to the people working with the unaccompanied child refugees to understand why it takes up to 8 months for children, some as young as 8 years old, to get their cases properly dealt with by the UK and French authorities.

“Their situation is such a desperate one. These children are incredibly vulnerable, and are being left to fend for themselves, living in bushes and under trees, being tear gassed by French authorities – I have seen for myself how unsafe it is for them in Calais and have witnessed how they are living – it is simply wrong and totally unjustifiable in our society today. These children are susceptible to trafficking and smugglers – no child should be ever left in such physically and emotionally harmful circumstances.”

“I expected a harrowing day but there are some things that you can’t prepare yourself for. I am deeply disturbed by the desperate conditions I have seen children, unaccompanied, as young as eight years old sleeping rough in Calais, who are trying to reach their family in the UK. It is a disgrace that is it quicker to get to Calais from Westminster than it is to get from Plymouth from Westminster and yet these children, who have family in the UK, must wait months and months to be reunited with their relatives.

The refugee crisis might have slipped out of the headlines and the news cycle, but that doesn’t mean it isn’t still going on – it’s going on four hours away from Plymouth. It is an issue that needs our urgent attention – there is such pain, such suffering going on for these unaccompanied children. This is something our Government are fully capable of dealing with quickly. But earlier this year, the Government abandoned the Dubs scheme, which had successfully reunited around 350 child refugees, claiming that it encouraged trafficking -; a claim dismissed by Lord Dubs himself. This is not right – the government need to think again and I will be campaigning on this issue in Parliament until they do.”

The Government has received much criticism for its abandonment of a successful and vital scheme set up by Lord ‘Alf’ Dubs who fled to the UK from Czechoslovakia, from the Nazis when he was six years old during. Of the planned 3,000 child refugees the government said they would take in during the European Migrant crisis, only 350 were accepted.

If you live in Plymouth and want to get involved you can show your support for these children, in a number of ways. Safe Passage UK are asking local people of the South West to write to their local MPs, asking them to be part of a backbench debate, and can also join their day of action outside Parliament in London on October 24th. Additionally, they are asking schools and communities to join the organisation in writing letters to the children, showing their support for the childrens’ right to be reunited with their families in Britain.

Last month following the trip, Luke spoke in the House of Commons for an urgent debate on what can be done to speed up the process for the child refugees sleeping rough in Calais, to be reunited with their families in Britain. You can watch Luke speak here.