Luke’s petition to stop cuts to the Royal Navy and Royal Marines has reached over 10,000 signatures and triggered a formal government response 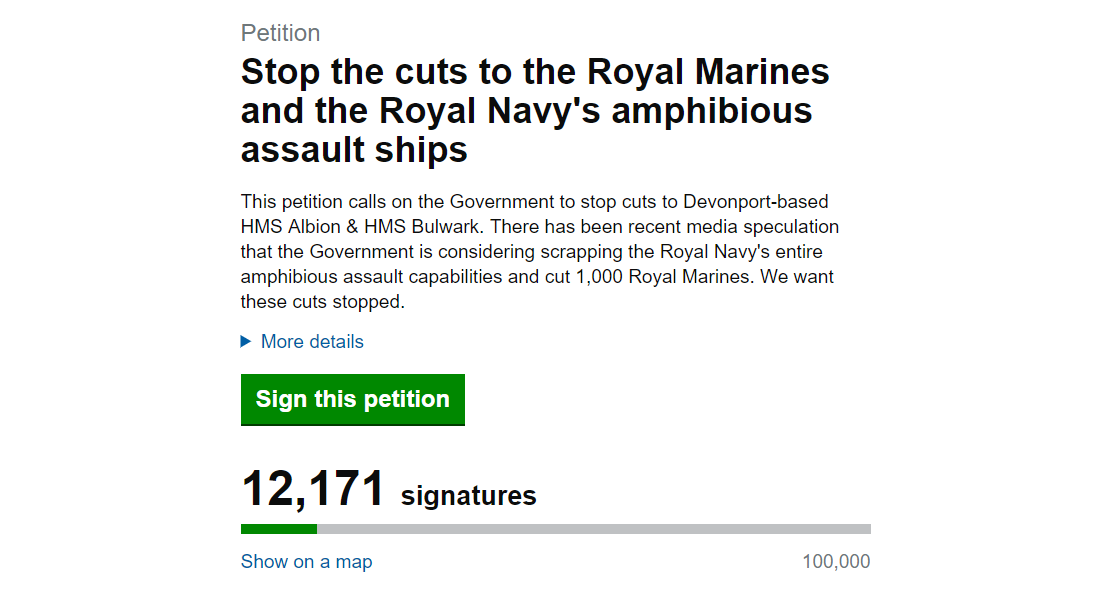 The petition set up by Luke to stop cuts to the Royal Navy and Royal Marines has now reached 10,000 signatures, triggering an official response from the government.

The petition was set up in response to speculation that the Ministry of Defence are considering scrapping Devonport based HMS Albion and HMS Bulwark and cutting the Royal Marines. Commenting on the petition reaching 10,000 signatures Luke said:

“With a decision expected by Christmas, I pledged to fight these cuts tooth and nail and as the son of a submariner, I know how important a strong defence is for Plymouth’s local economy and the UK’s defence. Since the speculation started, the government has had half a dozen opportunities to rule out cuts to the Royal Navy and the Royal Marines and the fact they haven’t tells its own story. If it’s simply speculation, then rule it out.”

“The Royal Marines are the pride of our armed forces and cutting HMS Albion and HMS Bulwark would put a dark cloud over the future of the UK’s amphibious assault capability. In an uncertain world, this would be reckless decision and the government needs to think again about these cuts.”

As well as tabling a petition for members of the public to sign Luke also tabled Early Day Motion 391 for MPs to sign. It has now attracted 22 signatures, including Conservative Chair of the Defence Select Committee, Julian Lewis MP. Luke added:

“MPs from all parties have signed my Early Day Motion calling for cuts to our Royal Navy and Royal Marines to be halted. I want to work cross-party to stop these cuts and hope Plymouth’s Conservative MPs will also sign my petition and motion.”

If you havn’t signed it Luke’s public petition can be found at https://petition.parliament.uk/petitions/202588