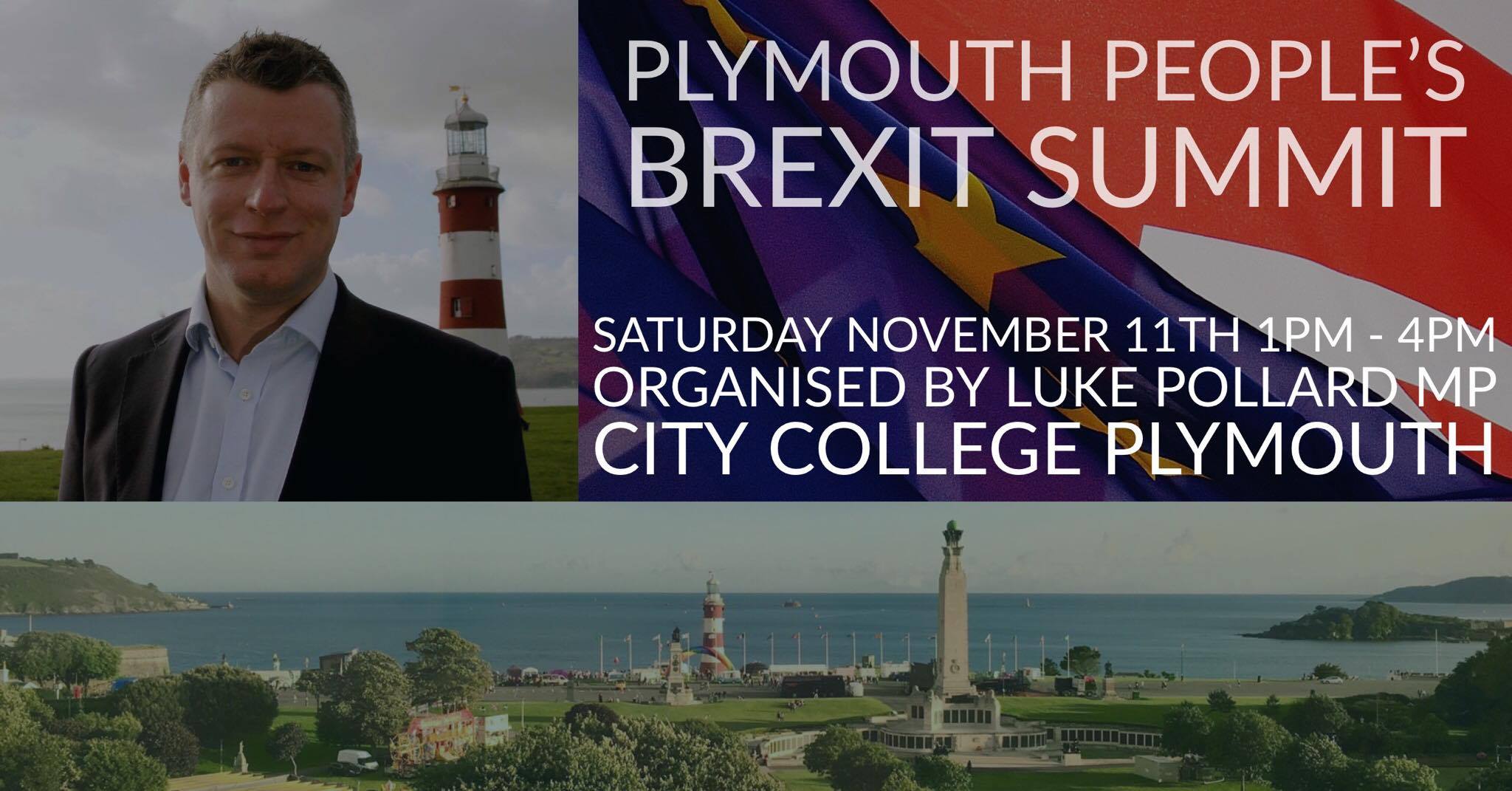 The Plymouth People’s Brexit Summit, organised by Luke Pollard MP, will be held on Saturday 11 November and is kindly being hosted by City College Plymouth. Following the success of the first Brexit Summit, Luke wants to hear from the people of Plymouth about what they want from Brexit.

The event will see a mix of speakers and discussion, and is open to anyone in Plymouth. It is designed to be a cross-party, non-political event that gives people the chance to have their voices heard on an issue that will have a huge impact on the future of the city.

Since the first Brexit Summit, Luke has been working with businesses and organisations around the city to develop a list of asks for what Plymouth needs to see from a good Brexit deal. This event will be an opportunity for the people of Plymouth to feed into this and have their voices heard.

Luke Pollard, The Member of Parliament for Plymouth Sutton and Devonport, said:

This isn’t about repeating the referendum -; that happened last year. This event is about setting out clearly what our city’s position on the detail of Brexit should be and how we get a deal that helps Plymouth not harms Plymouth. With the EU Withdrawal Bill currently going through Parliament this event will arm me with the detail I need to fight for the people of Plymouth in Westminster.”

The link to register for a ticket is here!