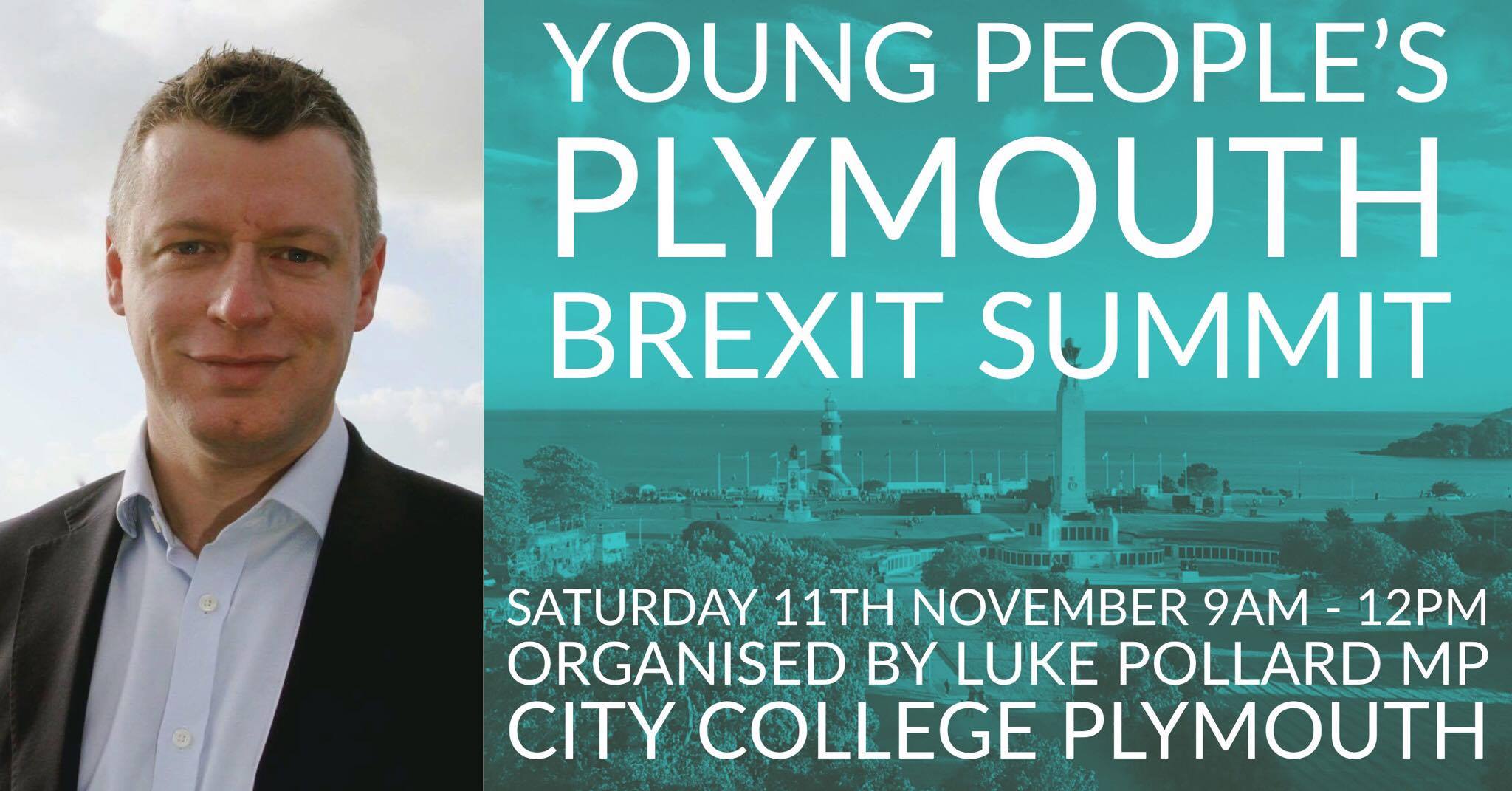 The Young People’s Plymouth Brexit Summit will be held on Saturday 11 November and is kindly being hosted by City College Plymouth. Following the success of the first Brexit Summit, Luke wants to hear from the city’s young people about what they want from Brexit and what they are concerned about.

The event will see a mix of activities and speakers, and is open to anyone between the ages of 13 and 25. It is designed to be a cross-party, non-political event that gives young people the chance to have their voices heard on an issue that will have a huge impact on their futures.

Luke Pollard, The Member of Parliament for Plymouth Sutton and Devonport, said:

“I have always called for government to listen to young people more and, on Brexit, that call is more important now than ever. Brexit will have a profound effect on the lives of young people in Plymouth, and it is only right that they get their say on what our city’s MPs are fighting for during the negotiations.

Brexit is the biggest challenge facing Plymouth and it is vital that our city gets a good Brexit deal. To do that we need to hear from as broad a range of people as possible. That is why I’m holding the Young People’s Brexit Summit on Saturday 11 November to give people between the ages of 13 and 25 the chance to have a say in their future.

This isn’t about repeating the referendum -; that happened last year. This event is about setting out clearly what our city’s position on the detail of Brexit should be and how we get a deal that helps Plymouth not harms Plymouth. With the EU Withdrawal Bill currently going through Parliament this event will arm me with the detail I need to fight for Plymouth’s young people in Westminster.”

The link to register for a ticket is here! The agenda for the day is below:

9:40am: First group session -; What Plymouth wants from Brexit

This session is a chance for Plymouth’s young people to tell Luke which of the Brexit Asks from the Plymouth Brexit Summit are important to them.

10:25am: Second group session -; What do young people want from Brexit

This session is a chance to add to the Brexit Asks, by putting forward suggestions for a list of Young People’s Brexit Asks.

This session is for each group to feedback to the wider group their top asks from each of the previous sessions.

11:25am: Question and Answer session

A chance for young people to ask questions about Brexit, Plymouth and what they want from politics.