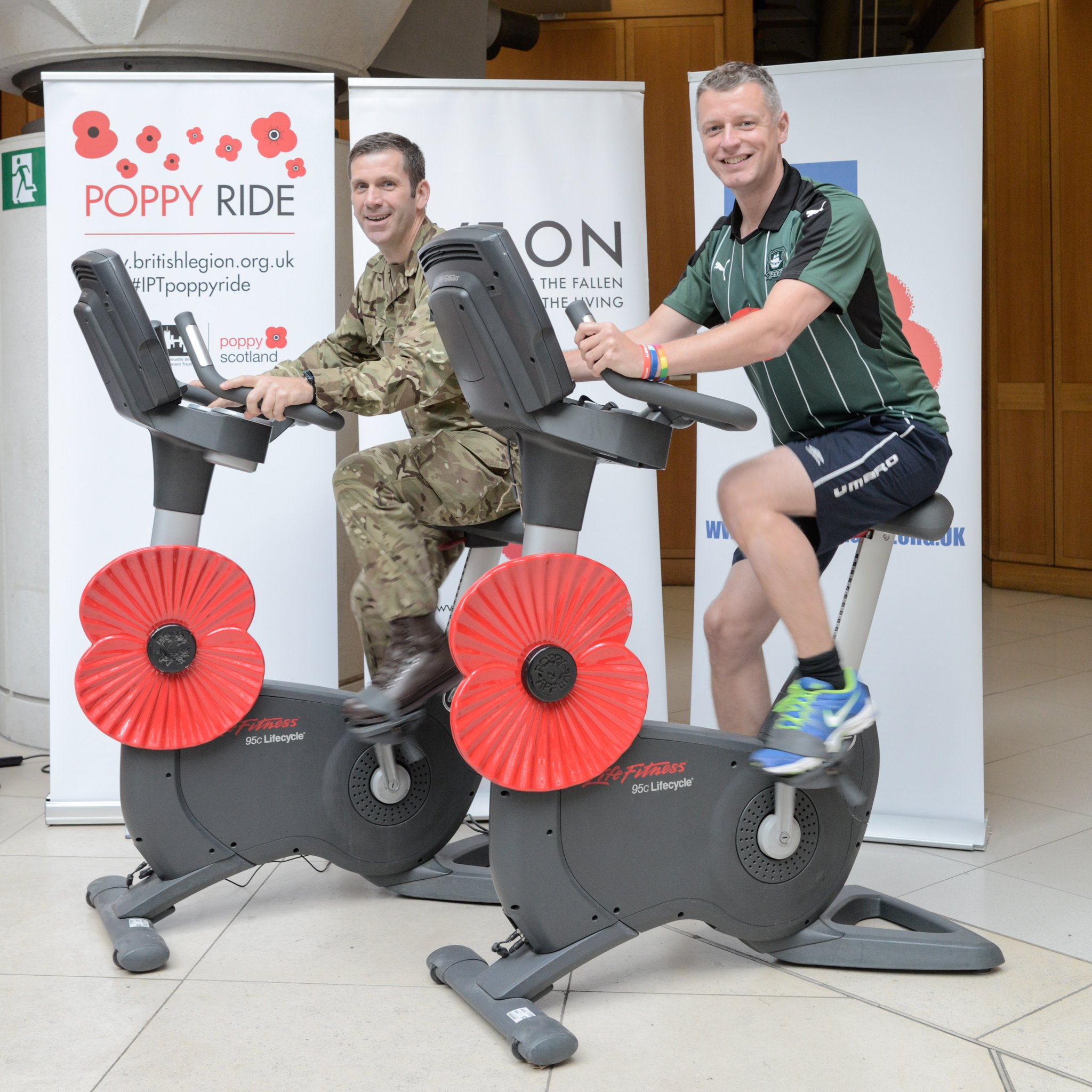 Today, Luke took part in a cycle challenge against serving members of The Armed Forces, as well as the Speaker of the House John Bercow MP and other MPs to raise money for The Royal British Legion’s annual Poppy Appeal.

Luke recorded a video to show you how he got on on:

The continuous ’12-hour’ bike ride was held in Parliament to raise money for the Legion’s national Poppy Appeal. Luke represented Plymouth, Sutton and Devonport by cycling as far as he could in 5 minutes, with the hope of topping the leader board. Luke managed to cycle 2.89km in 5 minutes making him the fastest MP in the South West!

The bike ride was organised by The Royal British Legion following on from the successful bike ride held in 2016 (where 77 MPs and Peers cycled a total of 128.8 miles in 12 hours). This year’s race emphasised that The Royal British Legion will once again be asking the nation to ‘Rethink Remembrance’ and consider the meaning of the poppy as a symbol of Remembrance and hope.

“Some of you will know that I’m not all at competitive, so when I was asked to do a bike ride, I thought I’d put my argyle top on and try and match the times of some of my colleagues. The ride was a lot harder than I expected but cycling 2.89km in 5 minutes I think that makes me the fastest MP in the South West.”

“During this time of year, it’s important we wear our poppies with pride, remember it supports people who served our armed forces and also raises money for the Royal British Legion a superb charity that supports veterans for the rest of their lives.”