Votes at 16: Luke’s reaction to the bill being talked out 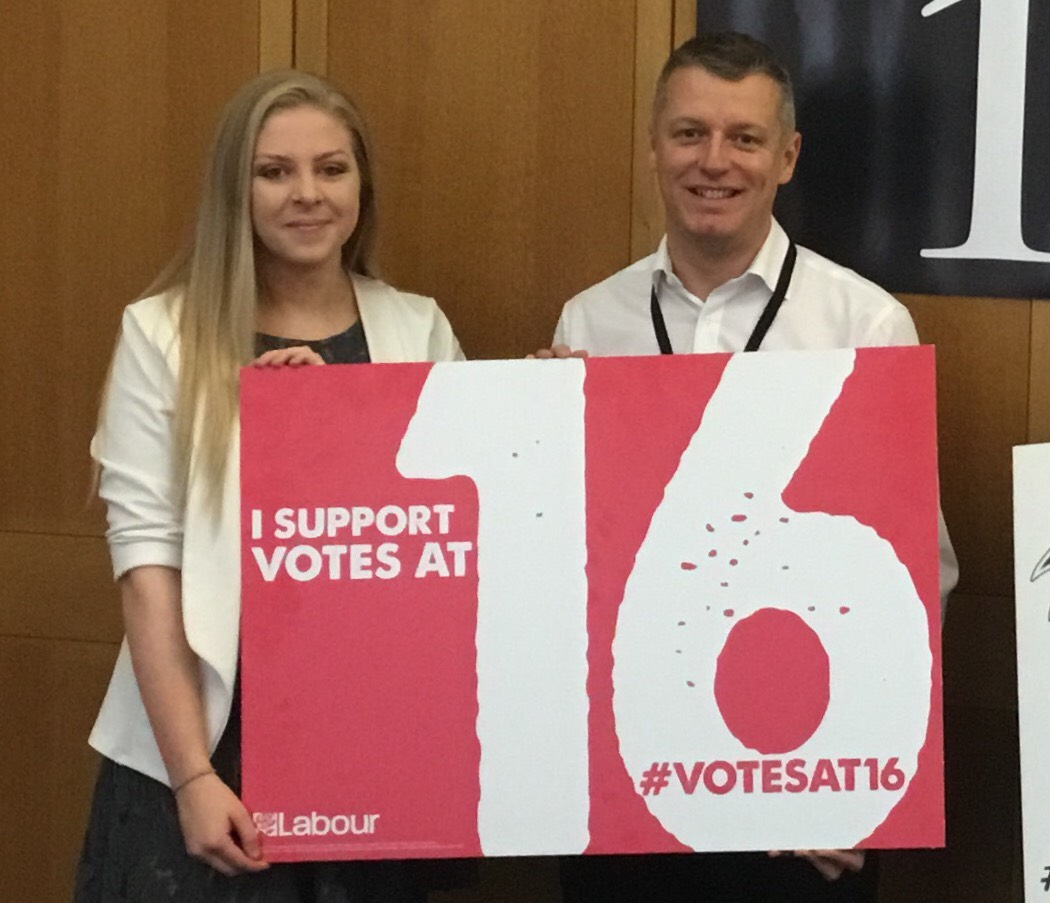 Last Friday, Conservative MPs filibustered and talked out Jim McMahon MP’s private members bill to give the right to vote to 16 and 17 year olds meaning that no vote took place. Looking back Luke gives his reaction and explains why despite the defeat, he still feels hopeful for the future.

Luke Pollard MP attended the debate in the House of Commons on Friday 3 November. Here’s his view on the bill’s defeat:

Votes at 16: We didn’t win this time, but I will keep fighting until we do.

Our politics is broken and last Friday showed how malfunctioning our politics is. Far from thoughtful debates we had Conservative MPs shouting down speakers, demeaning and patronising young people. MPs go to Parliament to debate and to vote. We know that this Government is running scared of votes because even with £1bn spent on buying the support of the DUP, they can’t guarantee support from their own divided MPs. On Friday, they ran scared of another vote with a Conservative MP talking out the bill.

Talking out a bill is a tactic used to prevent a private members bill being voted on. It has been used by Tory MPs in the past to talk out votes at 16 but also such obviously good things like efforts to scrap of hospital parking charges. It’s the last resort of a lost argument. Filibustering – or purposely making lengthy speeches to defeat bills – was another rotten tactic employed. Tory MP after Tory MP delivered lengthy speeches purposely using up the time to avoid the votes at 16 bill being considered properly. With the sitting ending at 2.30pm whether we had finished or not they knew they needed to use up the minutes with pointless speechifying, lengthy prose and faux outrage.

When my friend and colleague the excellent Labour MP and former NUS President Wes Streeting asked that ‘the vote be put’ -; calling for a vote -; the Deputy Speaker said no. She ruled that not enough time had been spent on the debate -; the Tories filibustering an earlier debate on purpose meant there wasn’t enough time for the votes at 16 bill to be considered. They had used dark arts to win. I hate it when Slytherin wins.

I still believe our politics is broken but Friday gave me hope. That might sound odd given Friday’s events but let me explain why. The Conservative MPs who talked out votes at 16 did so because they knew they didn’t have the arguments to win the debate or the numbers to win a vote. On Friday, right across the country young people saw that debate and from now onwards they’ll watch the clips on Facebook and read the tweets and they will debate the outcome in school and colleges. They will ask why Conservative MPs talked out the debate and they will share their frustration and anger. The same anger and frustration I have right now will be shared a thousand times and it will grow.

Anger is a powerful emotion. And that’s why you need to focus it into action. That anger and disappointment at how dirty tricks robbed young people of the vote will bread a new passion to change our politics for the better. I want to see Parliament reformed so filibustering and talking out can no longer happen. I want to open up our politics making it more inclusive for young people, BAME communities, LGBT and disabled people. I want people to regard Parliament as a place of high debate, discussion and morals. A place where positive change is achieved and victory is won by strength of argument and resonance with the people’s wishes. It wasn’t on Friday but it needs to be and today a thousand people shared my anger and will set out on a path to make it better by continuing to campaign for 16 and 17 year olds to have the vote and for politicians to listen to young people.

Young people will share my frustration at the actions of the Conservative Members of Parliament who talked out the votes at 16 bill and they will remember it. And they’ll remember it when they think about who they will vote for when they are 18.

Our politics needs to change. It needs to be more open and transparent. It needs to be more responsive to the wishes of the people and it needs to move on from archaic Parliamentary tricks. Westminster needs to be a beacon of hope and genuine debate but on Friday I saw the Conservative MPs prove that just because they’re over 18, it doesn’t mean maturity comes as standard. I saw Tory MPs rehearse the same arguments used to prevent women or working people getting the right to vote in previous generations. I saw them resort to desperate measures to defeat us.

I was the only Plymouth MP to turn up to the debate last week and I am proud that I honoured the promise I made to young people that I would attend and back them. After the vote, Conservative MPs celebrated denying young people the vote in the voting lobbies outside the Commons chamber. They won but they didn’t win the argument. We are further forward than we were yesterday and they managed not one, not a single convincing argument why 16 and 17 year olds should not get the vote.

As your Member of Parliament, I take two things from last week: firstly, that I will redouble my efforts to win the right to vote for our city’s 16 and 17 year olds. And secondly, that I will do what it takes to reform our broken politics and outdated Parliament. We didn’t win on Friday, but I promise you that I will continue to fight for votes at 16 until we do.