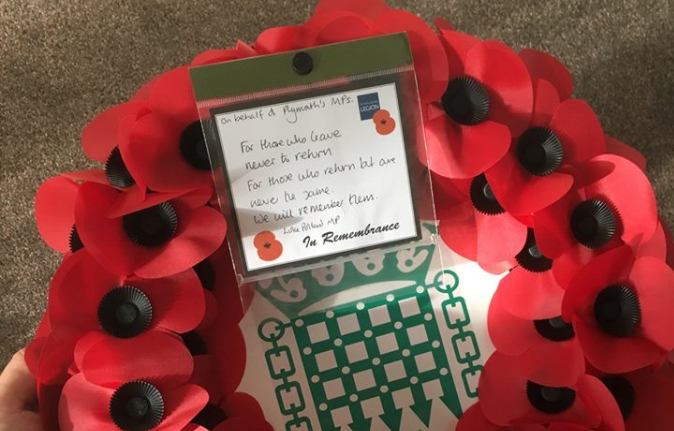 Following the Remembrance service on the Hoe, Luke laid a wreath at the Civilian War Memorial on behalf of Plymouth’s three MPs.

For Luke, whose father served as a submariner, this year’s Remembrance service was even more special than usual, as it was his first service as an MP. Luke said:

“As the son of a submariner and as the MP for a defence city, days like Remembrance Sunday are extra special. I am immensely proud to have the honour of laying a wreath on behalf of Plymouth’s MPs to pay our most solemn respects to  all those in our armed forces who have made great sacrifices for our country, both today, and in the past. We owe all that we hold dear today to their courage and bravery, and will continue to honour them always.”

After the services on the Hoe, Luke spent the rest of the special day with his family.