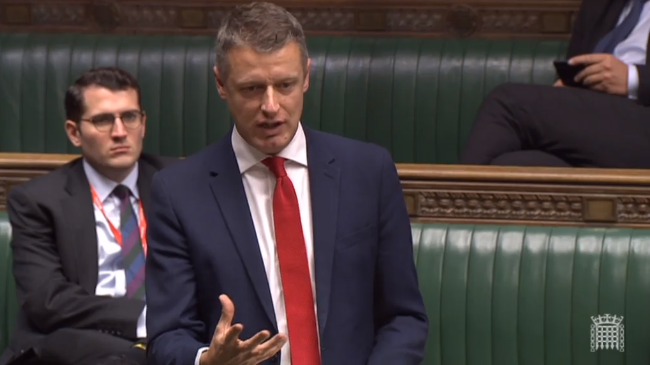 Commenting on the Conservative’s latest budget today, Labour and Co-operative MP Luke Pollard has criticised the budget that has no extra money for the south west train line, no extra money for defence to save HMS Albion and HMS Bulwark from latest round of defence cuts and little to no mention of the far South West at all.

“This should have been a radical budget that invested in our public services, lifted the public sector pay cap and increased the minimum wage to £10 an hour by 2020, invested in our crumbling infrastructure and transport links. All we got was a Chancellor desperately trying to save his job, peddling the same Tory lines we’ve heard for the past seven years.

Where was the mention of Plymouth in the budget? Apart from one small road scheme in Cornwall the far south west was completely ignored by the Chancellor yet again. There’s no mention of the money we need to upgrade our train line, no mention of the money to save our warships and Royal Marines, no mention of new money to reclad Mount Wise’s tower blocks and no extra money for our schools. It seems that the Conservative MPs in the far south west talk the talk but they can’t persuade the government to walk the walk. What is the point of them if they can’t deliver the goods for our city?

With growth and productivity downgraded the economy looks increasingly rocky and uncertain. The Government’s handling of the economy benefits the very wealthy but most families in Plymouth are seeing their bills go up while wages are stagnant.

Families struggling with Universal Credit now only have to wait five weeks for support rather than six weeks. That simply isn’t good enough. The Chancellor had a chance to pause and fix Universal Credit today and he chose not to. Universal Credit isn’t working and it is causing real misery and suffering for families in Plymouth.

The only good news is that the Chancellor stole Labour’s policy on scrapping stamp duty for first time buyers. There’s plenty more in Labour’s manifesto that the Conservatives are welcome to borrow. With big promises for the North there is little for the far South West and Plymouth. This is a do-nothing budget with little to nothing offered to Plymouth and the Far South West.”