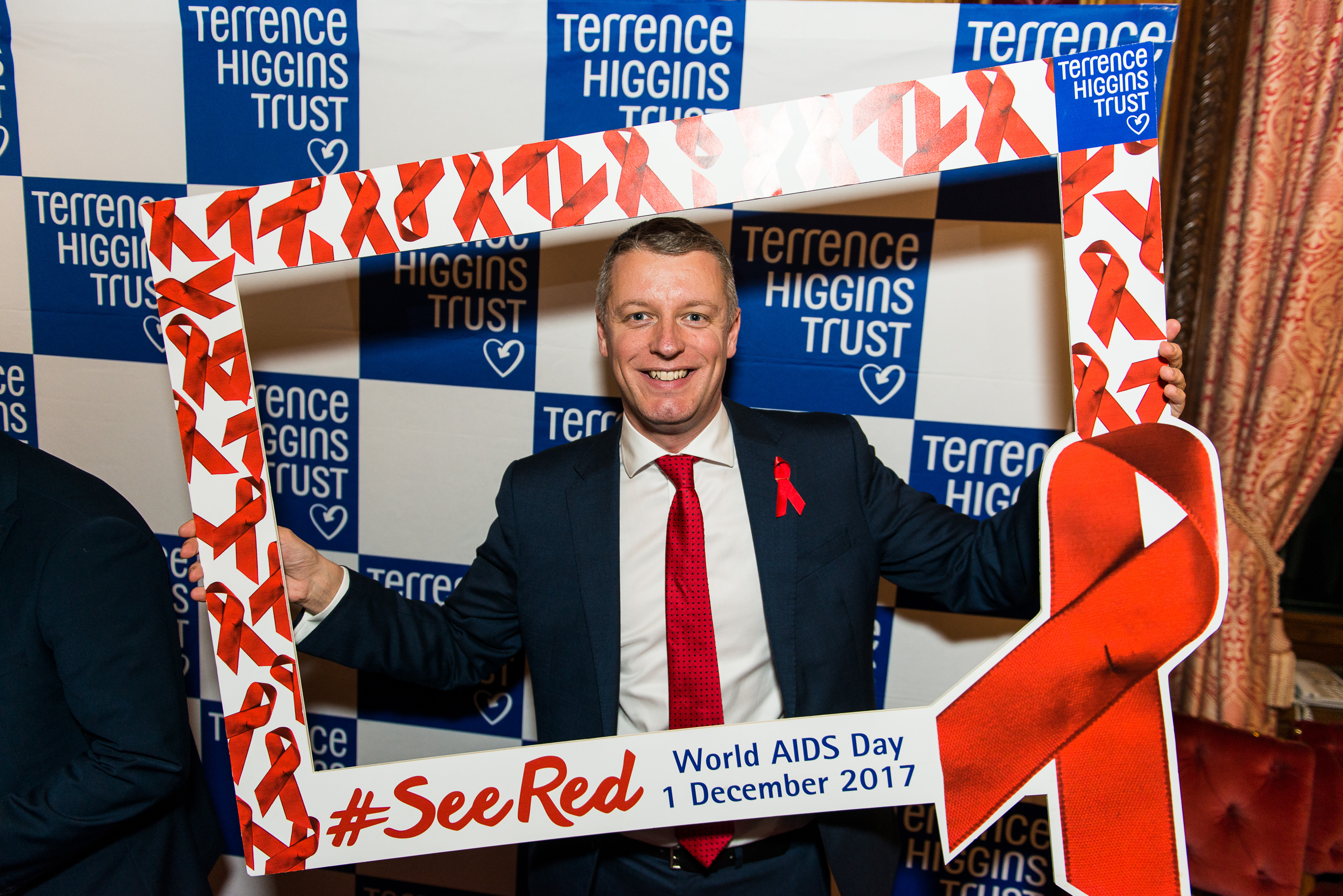 Luke Pollard MP for Plymouth Sutton and Devonport spoke out ahead of World AIDS Day by calling for an end to HIV stigma.

Over three decades after the HIV epidemic began in the UK, HIV was back at the top of the agenda in Parliament ahead of World AIDS Day (1 December).

Nearly 40 parliamentarians from across the political spectrum including Luke wore their red ribbons with pride, while reflecting on how far we’ve come, but how far we still have to go to end HIV transmissions in the UK.

The room was packed with people who are committed to making a life-changing difference to those living with HIV by influencing government policy, clinical practice or public awareness, including Luke

“I’m a proud member of Plymouth’s LGBT community and World AIDS Day continues to be incredibly important as a day of action, awareness and remembrance, so I’m pleased to offer my support to Terrence Higgins Trust’s #SeeRed campaign.”

“This year we have seen a decline in new HIV diagnoses across the country, and new medical advances mean that people living with HIV can now expect to have a normal life expectancy. However, we must not become complacent as HIV stigma continues to be one of the biggest barriers to people being tested for HIV and coming forward for support.  No one must be left behind in the UK’s HIV response.”

“That’s why ahead of World Aids Day I took a free HIV test to show how easy it is. It took only 60 seconds to get my results. It’s so important we break down the stigma and barriers that surround our sexual health.”

“We’re closer than ever to beating HIV. But we won’t get there until we stamp out stigma. We need to See Red. On Friday 1 December, people all over the world will wear a red ribbon with pride, without fear, shame or stigma. On World AIDS Day, the colour red represents solidarity, love, activism and remembrance. The more we See Red, the sooner we will end the HIV epidemic.”

“Our event in Parliament was an opportunity to talk to policy makers about all of these challenges ahead, as well as the importance of sustained government investment in HIV prevention and support services.”