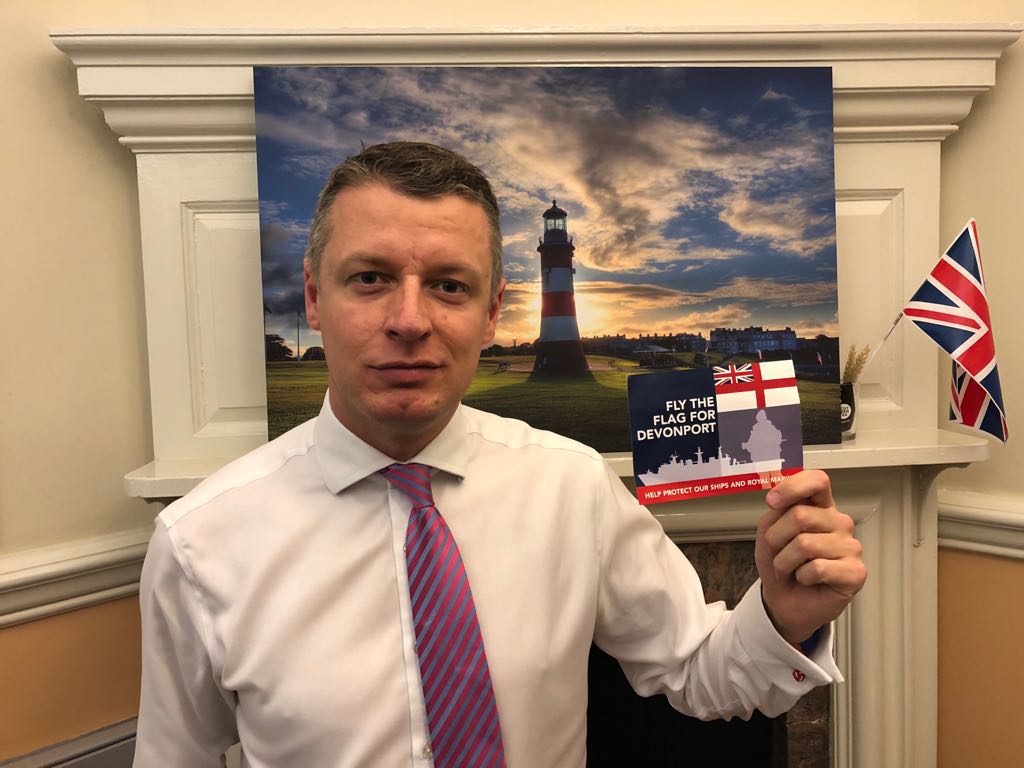 Today, Luke Pollard MP has reacted to news the Government has paused the latest round of defence cuts. Luke says this news shows the campaign is working but it’s not over yet.

Following a meeting of the Cabinet today, Defence Secretary Gavin Williamson, secured agreement that the defence element of the National Security Adviser Mark Sedwill’s review of the increased security threats faced by the UK will be separated from Sedwill’s assessment into a new independent defence review. For now this suspends the latest round of defence cuts that threatened the future of the Royal Navy and the Royal Marine’s amphibious assault capabilities based in Devonport.

“The details of the postponement of defence cuts are still unravelling, but I welcome the first signs that our campaign to save Devonport based HMS Albion, HMS Bulwark and 1,000 Royal Marines is starting to work.”

“The battle is far from over, but this is a rare bit good news for our Armed Forces in Plymouth, where HMS Albion, HMS Bulwark and 1,000 Royal Marines faced the axe. I am proud that Plymouth has lead this campaign against these cuts and it shows the Government are getting the message, albeit only after much effort.”

“I will not stop fighting for Plymouth until these cuts are scrapped. Postponing the cuts is not victory -; it is a pause in our campaign where we need to regroup and refocus. We cannot rest on our laurels the battle to save our ships and Royal Marines is not over yet.”

“The decision to hold a separate defence review cannot simply be an excuse to kick the difficult decisions facing the defence budget into the long grass.

“Just this week we have had serious warnings from the Head of the Army about the threats that this country faces and there has been growing concern that the Government’s deep cuts to our nation’s defences have left us ill-equipped to respond to those threats.

“The true test of any defence review will be whether it delivers real investment in our nation’s defences and the resources that our Armed Forces so badly need. You cannot do security on the cheap and it is high time that the Government recognised this.”