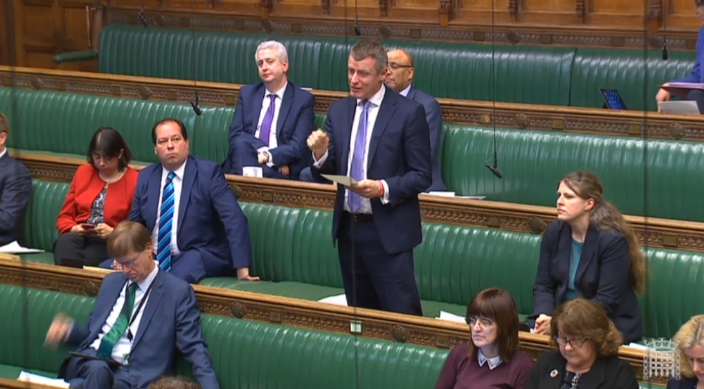 Commenting on the Conservative’s Spring Statement today, Labour and Co-operative MP Luke Pollard has criticised the announcement that has no plans to reverse cuts across Plymouth and the far South West.

“The Government had the chance to change track today, but they have decided to continue on their brutal program of cuts that will strip Plymouth’s public services to its core.”

“If I’m honest the statement had nothing to offer to Plymouth and the far South West. The past few months we’ve been really let down by Government in key areas and this statement shows this will continue under the Conservatives.”

“Where was the new funding promised for our train line that Government say is the number one national priority? Where is the clarity over HMS Bulwark, HMS Albion and our Royal Marines, who continue to be dangled in front of the Chancellor’s axe? Where was the mention of the money to reclad the Mount Wise tower blocks or the money for our schools?”

“All we got was a desperate Chancellor trying to keep the hard Brexiteers at bay, peddling the same old tunes that things have never been better and that we should all be counting our blessings. That simply isn’t good enough.”

“The Government’s handling of the economy benefits the very wealthy but most families in Plymouth are seeing their bills go up while wages are stagnant.”

“Today’s Spring Statement feels like a non-event. Just bluster and sound bites and nothing in there for people who are really struggling. The Government is out of touch with ordinary families, exhausted doctors and nurses in our NHS, the patients dying in waiting rooms and struggling teachers in our schools. Theresa May’s Government is letting down the most vulnerable in our society and Philip Hammond’s Spring Statement does nothing to even acknowledge these issues, let alone act on them.”