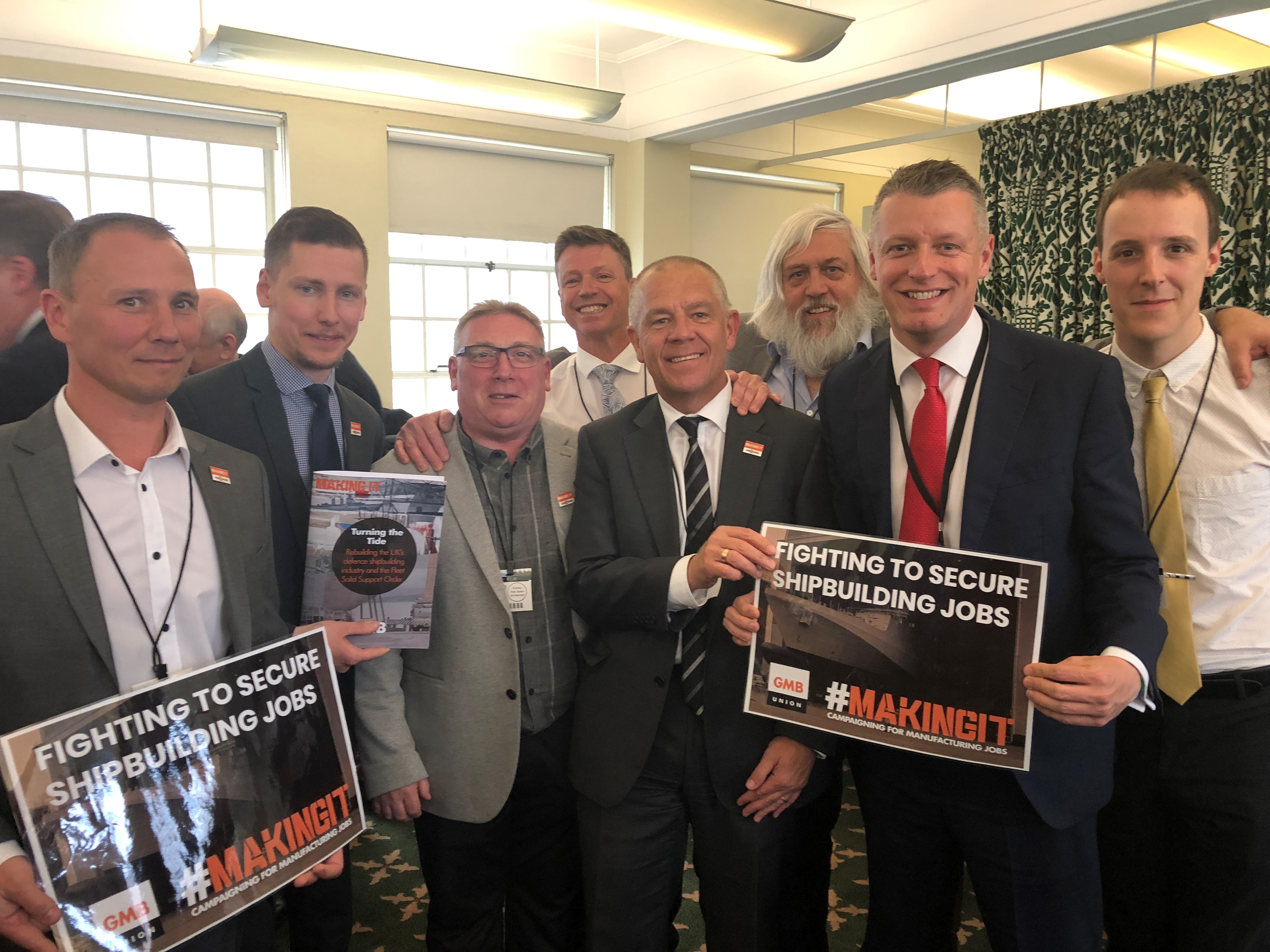 Luke led a debate in Parliament on the National Shipbuilding Strategy in January earlier this year.

“It was great having GMB reps from Devonport, Falmouth and Appledore dockyards in Parliament yesterday showing off the huge expertise in the far south west in shipbuilding and ship repair. We are all backing the campaign to have the Royal Fleet Auxiliary’s new supply ships built in Britain not overseas.”

“We face challenges but we must be proud and loud about UK manufacturing and UK shipbuilding which are fantastic, innovative industries. We have a chance to win this argument to build the new RFA supply ships in Britain based on the benefits it will bring to our nation.”